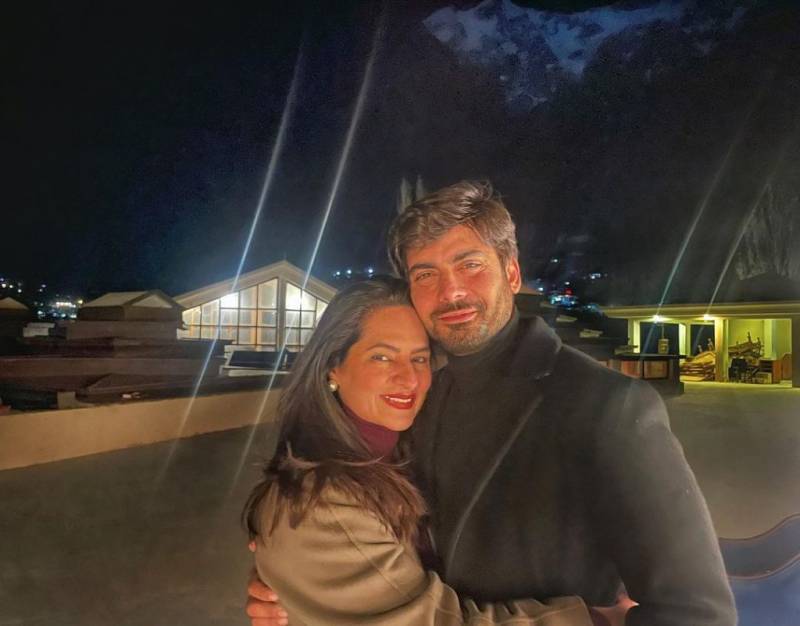 They got hitched on 12th November 2005 after dating each other for years.

The 39-year-old hosted a private party and invited limited people from his circle to attend the celebration. In one of his clips, Fawad can be seen cutting a wedding cake along with his designer wife.

A post shared by Celebrity Make up Artist. (@adnanansariofficial)

Khan, known for his brilliant acting, looks and amazing voice, didn’t share the pictures as he rarely posts anything on social media. However, his celebrity makeup artist, who is also a close friend of Ae Dil Hai Mushkil actor, Adnan Ansari shared a few glimpses from Khan’s rooftop celebration.

Reports claimed that the Pakistani icon first met his lady love when he was just 17 years old and a lengthy courtship started off. Fawad and his wife Sadaf Fawad Khan have three children together – two girls and a boy.

Pakistani Superstar Fawad Khan's stardom is unmatched when it comes to dramas and film as the handsome actor is the ...