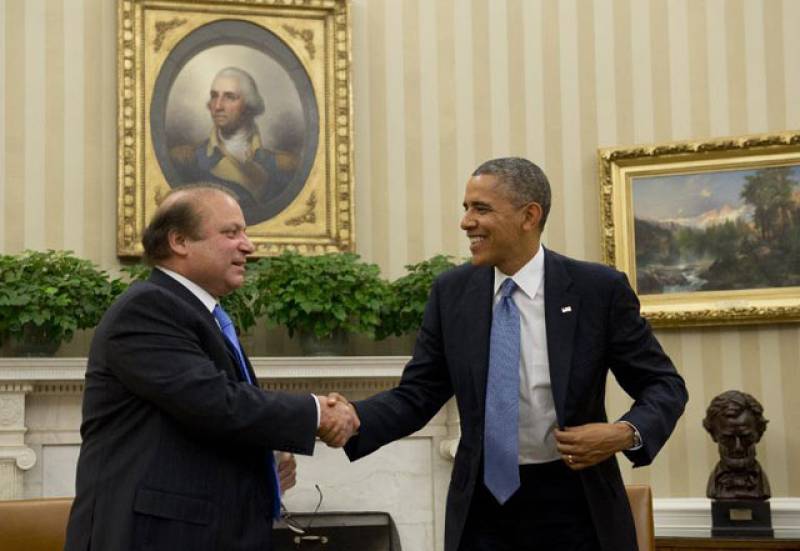 According to premier's adviser Sartaj Aziz Nawaz Sharif will discuss the stalled dialogue between Pakistan and India with the US president, adding that PM will urge Obama to push India back to talks.

However the Pakistani foreign office is reluctant to share any further information about the agenda of Nawaz-Obama meeting in Washington. The meeting are being held with US officials to finalize a list of issue that would be taken up in the meeting between two leaders, said a foreign office official.

During the visit apart from meeting Barack Obama, the prime minister will also have an official meeting with US Secretary of State John Kerry at the State Department.

Nawaz Sharif is also expected to address a think-tank at the US Institute of Peace.

On October 23 Prime Minister Nawaz Sharif will also address the Pakistani community residing in United States in a ceremony where he will urge them to take advantage of improving law and order situation in Pakistan and make investments in flourishing business ventures in the country.