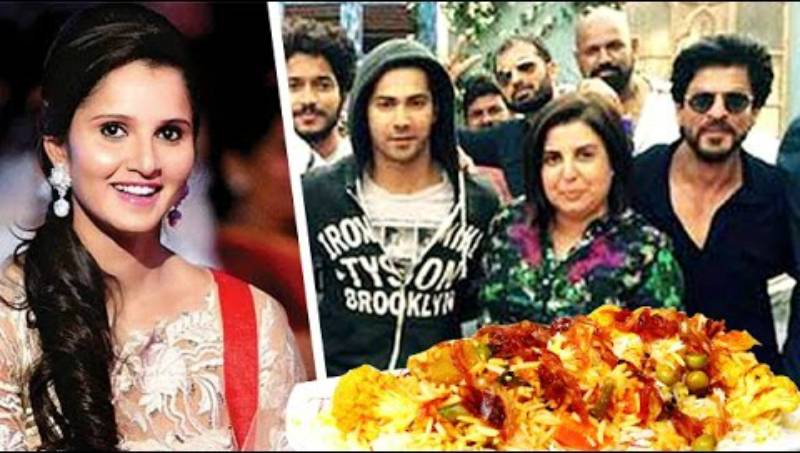 HYDERABAD (Web Desk) - Bollywood actor Shah Rukh Khan is in Hyderabad shooting for his next movie 'Dilwale'. The cast and crew of this Rohit Shetty directorial is receiving some high profile Indian sport personalities in the set.

After badminton star Saina Nehwal, it was tennis champion Sania Mirza's turn to catch up with Shah Rukh and his team, the Emirates247 reported.

After recording a historic win, Sania was back to her hometown Hyderabad where she caught up with her friends from Bollywood.

Not only did Sania meet SRK and the entire team of 'Dilwale' including Kajol, Varun Dhawan, Farah Khan and Varun Sharma, but she also served them with Hyderabadi biryani cooked by her.

Sania posted a picture of hers along with SRK, Kajol, Varun, Farah and said wrote, "Wonderful 'Dilwale' hosted me on set in my own city Thank you for all the laughs @Varun_dvn @iamsrk @TheFarahKhan." 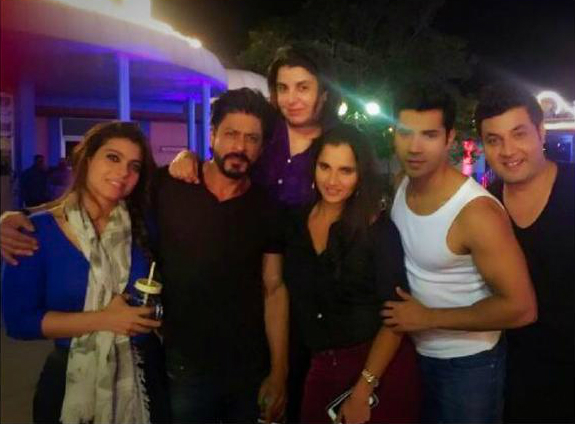 To this, Shah Rukh replied, "@MirzaSania ur returns r impeccable but the Biryani you ‘serve’is untouchable. Ur smile won over the whole set. Thx."

"Awee... Anytime for you all.. Glad you finally got sometime to eat some biryani after that all nighter.. See u soon," Sania replied to the actor.

Varun Dhawan too responded on Twitter: "Thank u for the biryani and now u enjoy my city."

'Dilwale', directed by Rohit Shetty, is set for a December 17 release in the UAE.