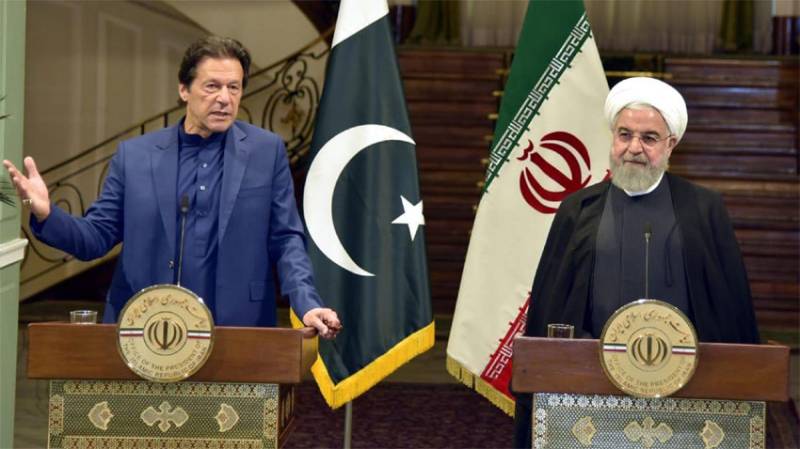 ISLAMABAD - Prime Minister Imran Khan Sunday said that the current situation in the Gulf region required avoidance of military conflict and constructive engagement of all parties.

During his meetings with the Iranian leadership in Tehran, the prime minister conveyed Pakistan's readiness to extend full facilitation of efforts for de-escalation of tensions and resolution of differences and disputes through political and diplomatic means, said a PM Office statement rounding up the prime minister's engagements in the Iranian capital.

The prime minister who visited Tehran as part of his initiative to promote peace and security in the Gulf, was accompanied by a high-level delegation including Foreign Minister Shah Mehmood Qureshi, Special Assistant to PM Syed Zulfiqar Abbas Bukhari and senior officials.

During his meeting with President Hassan Rouhani, the prime minister highlighted the historic ties and the tradition of close cooperation between the two countries.

He reiterated his commitment to further strengthen bilateral relations in diverse areas, with a particular focus on enhanced trade and economic cooperation. Close cooperative ties with Iran have always been a priority for Pakistan, the prime minister remarked.

The prime minister, who also addressed a joint press stakeout with President Rouhani, expressed gratitude over Iran's support on the Kashmir issue as the lockdown of over eight million people in the Indian Occupied Jammu and Kashmir continued for last 68 days.

He apprised President Rouhani of the dire human rights and humanitarian situation created since India's illegal and unilateral actions of August 5 and the serious risk posed to peace and security in the region.

In his meeting with Supreme Leader Ayatollah Seyyed Ali Khamenei, the prime minister conveyed that the people of Pakistan deeply valued the personal commitment of the supreme leader to the cause of Kashmir.

He reaffirmed his resolve to comprehensively upgrade Pakistan-Iran relations and apprised the supreme leader of his initiative for regional peace and security.

The prime minister's wide-ranging talks with the Iranian leadership were held in an atmosphere of cordiality and understanding, with the Iranian side appreciating Pakistan's sincere efforts for the preservation of peace and security in the region.

The overall exchange of views was constructive and encouraging. Both sides agreed to stay engaged and consult closely to take the process forward.