At least 74 killed, over 90 injured in twin IS attacks in Iraq 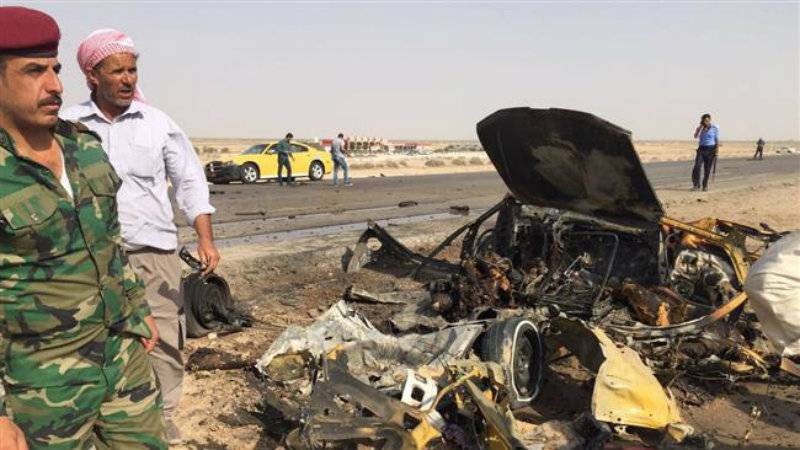 BAGHDAD -Gunmen and suicide car bombers on Thursday killed at least 74 people, including Iranians, near the southern Iraqi city of Nasiriyah in an attack claimed by the militant Islamic State (IS) group.

In the first attack, gunmen stormed a roadside restaurant near Nasiriya, the capital of Dhiqar province, and opened fire, a spokesman for the Iraqi interior ministry said.

Abdel Hussein al-Jabri, deputy health chief for the mainly Shia province of Dhiqar, said at least 74 people had died, including seven Iranians, and another 93 people were wounded.

Soon afterwards, a car bomb exploded at a nearby checkpoint. One report said four Iranians were among those killed.

Islamic State (IS, formerly ISIS/ISIL) has claimed responsibility for the attacks through it’s propaganda wing, the Amaq Agency.

Nasiriyah is the capital of Dhi Qar Governorate, which has a large Shiite population. Shiites and other ethnic and religious minorities have often been targets of Sunni militants in Iraq, including al-Qaeda and Islamic State (IS, formerly ISIS/ISIL).

The survivors are being treated at the al-Batha and Nasiriyah hospitals, but due to the nature of some of the injuries the death toll is expected to rise, according to the city's Health Directorate Jasim al-Khalidi.

Yahya al-Nassiri, the area’s governor, said the attack began with militants opening fire at the checkpoint and the restaurant on the main highway that links Baghdad with the southern provinces.

That was followed by two suicide bombers, including one driving an explosives-laden car, he said.

Al-Nassiri said the majority of the dead were expected to be Iranian pilgrims who were inside the restaurant.