LAHORE - A magistrate in Hafizabad city of Punjab has sent Mehar Muhammad Zaman, nicknamed ‘Chacha T20’ or Uncle T20 Cricket, to jail on 14-day remand for allegedly assaulting his two biological daughters for the past several years.

Vanike Tarar Police produced Zaman, 40, before the magistrate court and told the court that the suspect has confessed to committing sexual acts with his 18 and 19 year old daughters. After hearing the initial arguments, the court allowed the police custody of the accused.

The area SHO, Gulzar Ahmad Bhatti told Daily Pakistan that they received a complaint from the girls’ mother, Ameena Parveen, few days ago in which she alleged that her husband subjected their two daughters to torture and sexual abuse.

She narrated in her complaint to the police that when she came to know about the abuse, she cautioned her husband, but he continued to torture her and her daughters amid life threats for reporting his highly immoral practices.

Soon after receiving the complaint, the police apprehended the accused and took him to an unidentified place where during interrogation, he confessed to having sexually abused his daughters and also torturing them repeatedly in the past.

“A case under section 376i PPC has been registered against the accused,” SHO Bhatti confirmed to Daily Pakistan. 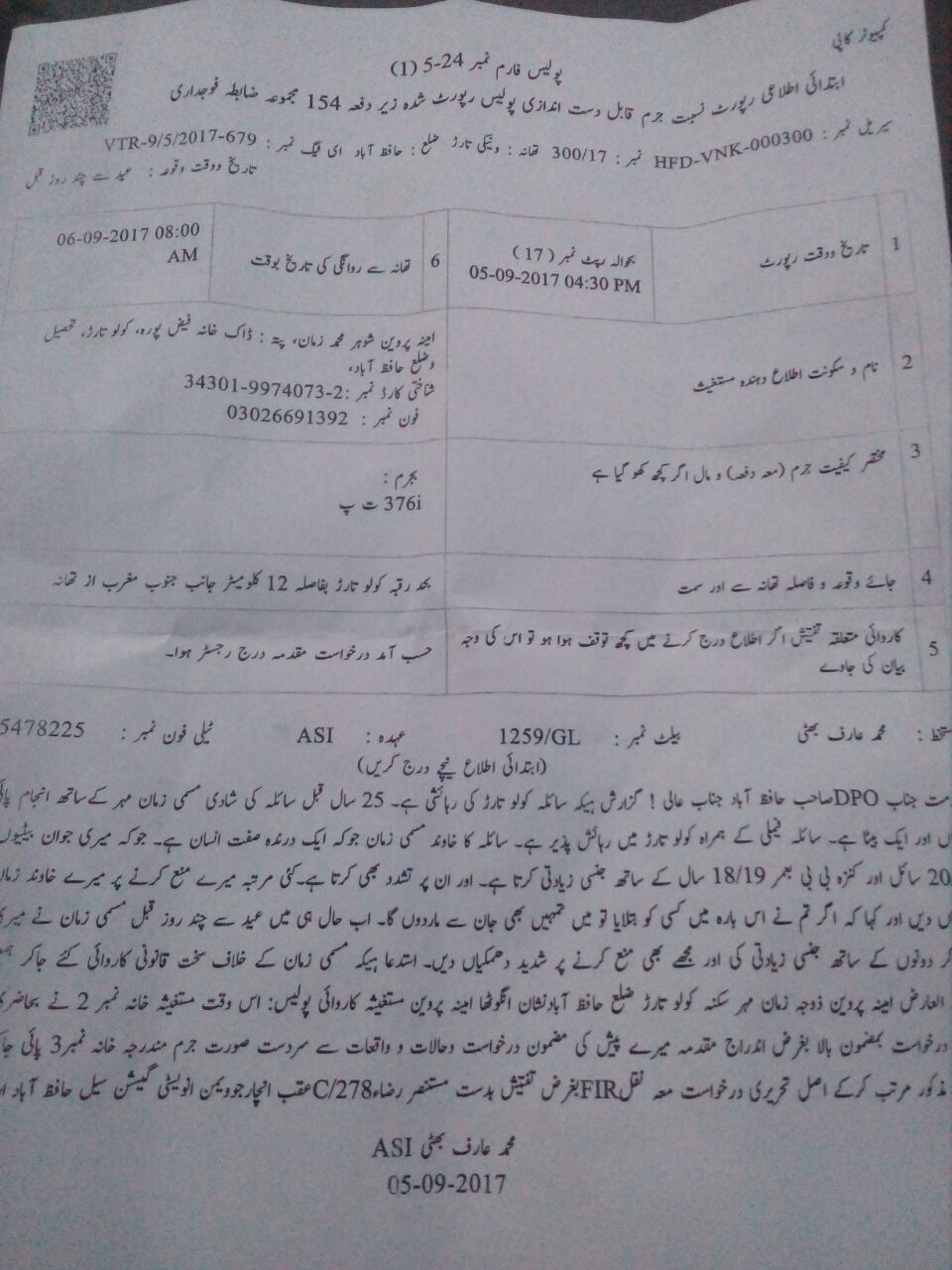 He added the victims were medically examined at DHQ Hospital and according to preliminary medical report, evidence of rape has been found.

However, the respective samples have been sent to the Forensic Laboratory in Lahore for DNA test. After the receipt of DNA report, which normally takes a period of two months, the accused will be charged with the crime accordingly.

Long black mustache and big white turban famed Chacha T20 had left his job as a driver in the United Arab Emirates in 2012 after his company refused him leave to watch the Asia Cup.

The diehard cricket fan has been supporting Pakistan cricket team from the past 20 years.

Hafizabad a district of central Punjab, about 60 kilometres to the west of Gujranwala, is known for its rice industry.