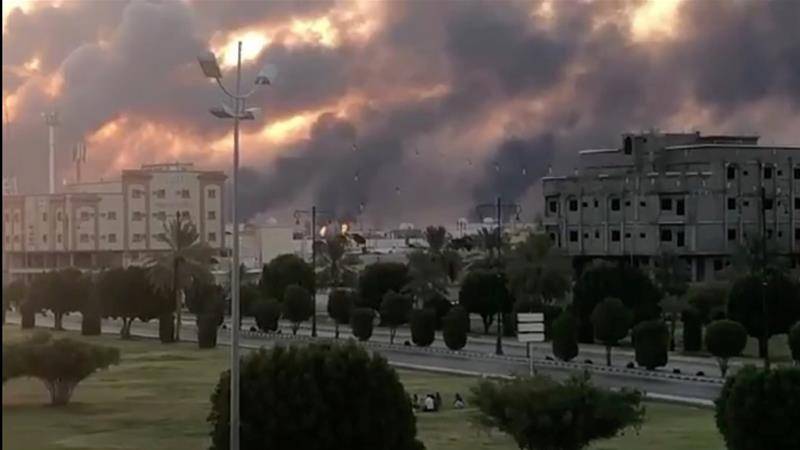 The fires, in particular, hit the Abqaiq oil refinery, Eastern Province and an oil-processing facility near Khurais oil field, located about 100 miles east of Riyadh.

"At 04:00 a.m. [01:00 GMT] on Saturday, Saudi Aramco's industrial safety services started extinguishing fires at the two oil facilities in Abqaiq and Khurais, caused by drone strikes," a spokesman for the Saudi Interior Ministry said as quoted by Saudi Press Agency.

According to him, the fires have been localized and an investigation into the incident has been launched.

No information has been provided so far regarding those responsible for the attacks.

Yemeni Houthi rebels regularly conduct drone attacks on facilities in Saudi Arabia, which has been providing air support to Yemen's internationally recognized government in its fight against Houthis since spring 2015.