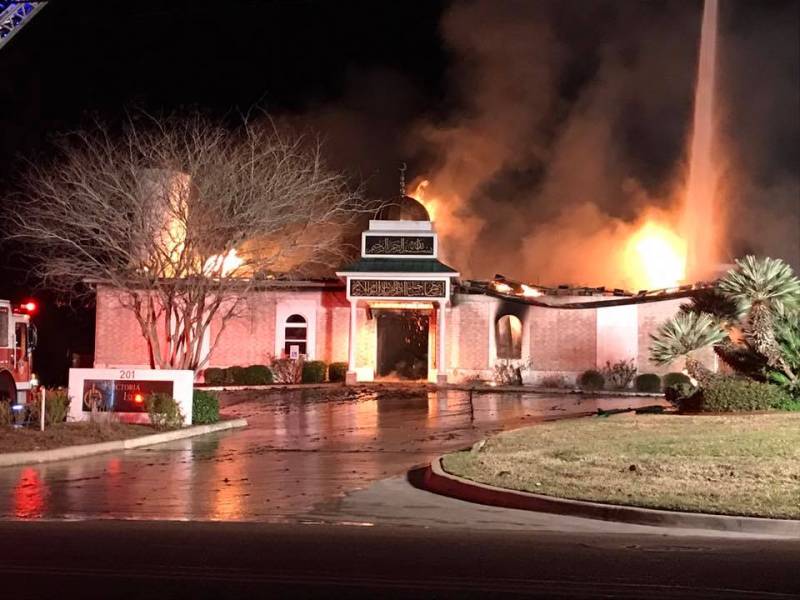 TEXAS - An early-morning fire Saturday destroyed a Texas mosque that was a target of hatred several years ago and experienced a burglary just a week ago.

The Islamic Center of Victoria was reported to be on fire at around 2 am and was engulfed in flames when emergency services attended the scene, according to the Victoria Advocate.

The Victoria mosque fire was first spotted by a convenience store clerk who saw smoke and flames billowing from the Islamic Center at around 2 am and contacted the local fire department.

"It's sad to stand there and watch it collapse down, and the fire was so huge," said the centre's president, Shahid Hashmi. "It looks completely destroyed."

While Victoria Fire Marshal Tom Legler has asked for help from the Texas Fire Marshal's Office and federal Bureau of Alcohol, Tobacco, Firearms and Explosives in discovering the cause of the fire, Hashmi said authorities have told him it was too early to speculate.

A public prayer service was held on the grass area of the centre Saturday morning as the local community came to terms with the destruction of the mosque.

In December, a man was sentenced to four years in prison for setting fire to a Houston mosque where he worshipped. Gary Nathaniel Moore pleaded guilty to arson and using a fire as a deadly weapon in a Dec. 25, 2015, blaze that caused significant damage at the Islamic Society of Greater Houston mosque.