‘Will not be silenced,’ Amnesty International halts work in India 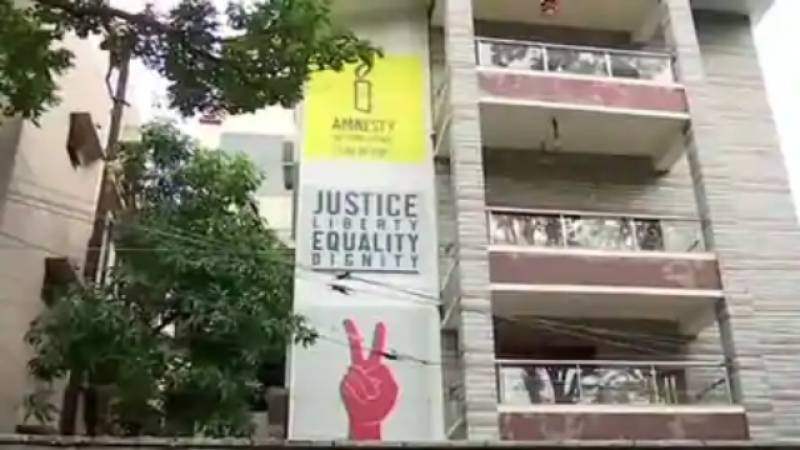 NEW DELHI – Amnesty International has halted its work after reprisal from the Indian government, the latest report say.

The Amnesty International has been stopped by the Modi government for highlighting human rights violations in India.

“The continuing crackdown on @AIIndia over the last two years and the complete freezing of bank accounts is not accidental. This is not the end of Amnesty India's commitment to human rights, we will not be silenced by the attacks of the government,” tweeted Amnesty International India.

The complete freezing of Amnesty International India’s bank accounts by the Government of India which it came to know on 10 September 2020, brings all the work being done by the organization to a grinding halt.

The NGO also said: “This is an egregious and shameful act by the Indian Government. Sadly, this enormously important work standing up for victims has been met with the heavy-handed tactics that Indian civil society has become increasingly familiar with.”

“Prime Minister Modi should remember that many autocrats have battled @AmnestyInternational over the decades -- and most of them are now in the dust bin of history,” tweeted Nicolas Kristof, a columnist of New York Times.

Human rights violations are at the peak in India under the Modi government as Muslims who born there and lived their lives had been deprived of their Indian citizenship. Use of military against innocent Kashmiri in Occupied valley and killings of innocent people there was the top agenda of the Modi government.