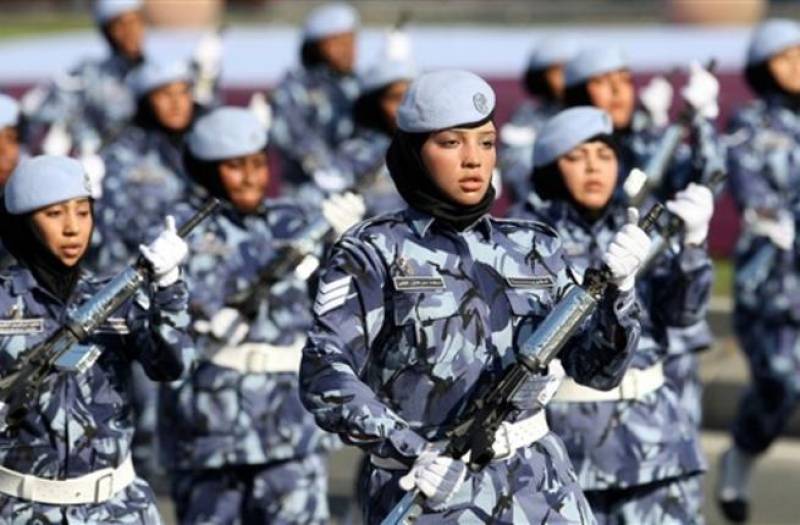 DOHA - Women in Qatar have been allowed to volunteer for national military service for the first time, according to Middle Eastern state media.

Under the new law, which comes into effect immediately, females aged over 18 will be able to volunteer, while all men between the ages of 18 and 35 will now have serve a year instead of three months.

It will be the first time women have been allowed to undertake national service, although some already have administrative roles in the military.

It is not yet known what roles the new volunteers would undertake.

The new law also allows for a national service academy to be established and says men must apply for conscription within 60 days of turning 18, the Qatar News Agency reported.

Conscription for men in the country was introduced in 2013.

Anyone caught trying to avoid military service could face up to three years in jail and a fine of up to 50,000 Qatari riyals (£9,800).

Qatar, a small, gas-rich monarchy has been isolated since early June, when the United Arab Emirates, Saudi Arabia and its other neighbours severed ties over claims it was funding terrorism, disrupting Gulf unity and fostering ties with Saudi’s arch-rival Iran.

Qatar, which rejects the accusations, has claimed the group considered military intervention to resolve the crisis.

The state has subsequently signed several military contracts with countries including Britain, the US, France and Italy since the crisis began.