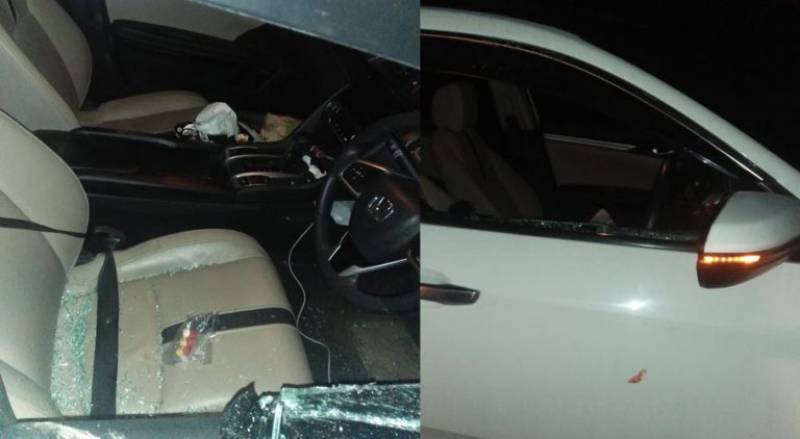 LAHORE - One more suspect surrendered to the Sheikhupura police over his alleged involvement in the Lahore motorway rape case, the police revealed on Monday.

The suspect, identified as Abbas, is the brother-in-law of Waqar, who was named as one of the main suspects in the case during a press conference on September 12.

The police said that Waqar’s name propped up as his mobile SIM was traced at the motorway during geofencing.

Waqar, who surrendered to the police on September 13, denied involvement in the case and said that the SIM registered in his name was in use by his brother-in-law.

Abbas has also denied involvement. In a video statement, he said that he hopes and prays that the police will dispense justice. A sister of mine has been wronged and I hope that the culprits pay for this, he remarked. “I am the father of three daughters. I hope I get justice too.”

Lahore CCPO Umar Sheikh on Monday apologises over his controversial statement on the Lahore Motorway gang-rape incident. In a statement, the CCPO said that he apologises from brothers, sisters and the society if his statement hurts anyone.

A woman was raped in front of her children by two unidentified men on the motorway on September 9. She was driving to Gujranwala when she ran out of fuel near Lahore’s Gujjarpura.

The woman was sitting in her vehicle when two men walked towards her car, broke her window, and made her park on the roadside. They then took her and the children to a nearby forest and raped her.

The Punjab IG has said that they have traced the suspects involved in the rape case. The police, however, weren’t unable to arrest them, he told the media in a press conference.

The police have asked people to help them trace the suspects. The CM has even announced an Rs2.5 million award each for those who will help them.

A show-cause notice has been issued to Punjab CCPO over his irresponsible remarks in the case.