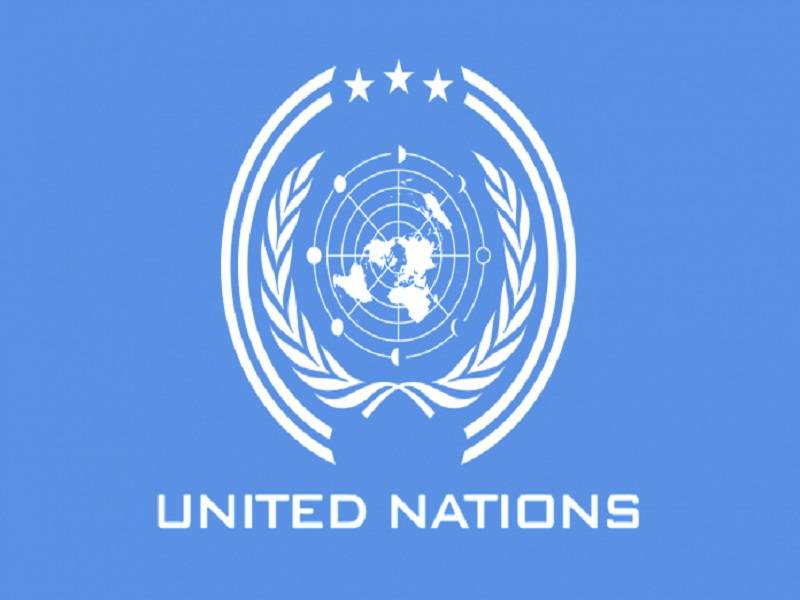 UNITED NATIONS - The 75th UN General Assembly session, which begins Tuesday, will be unlike any other in the organization’s three-quarters of a century of existence — world leaders will not be physically present in the iconic hall for their annual gathering because of the ongoing coronavirus pandemic.

The centrepiece of any General Assembly session is undoubtedly the General Debate, which starts on Sept. 22, a week after the official opening, in which usually over 100 hundred heads of state/government participated in the past years to discuss key global issues.

This year, because of the pandemic, world leaders will be staying away from New York and instead of sending in pre-recorded videos of their speeches which will be broadcast “as live”.

Their absence is because the US Government has notified that foreign leaders, without exception, will be quarantined for 14 days on arrival in New York.

According to the preliminary list of speakers, he is the 6th speaker in Friday’s afternoon session.

“He (Imran Khan) is expected once again to project the just cause of the Kashmiri people and call for action by the international community to halt India’s massive violations of human rights, rescind the unilateral measures imposed in Indian Illegally Occupied Jammu & Kashmir since 5 August 2019 and promote a solution in accordance with the Security Council resolutions and the will of the Kashmiri people,” Pakistan’s UN Ambassador Munir Akram told APP special correspondent.

“He is also likely to speak about Islamophobia, including the BJP-RSS campaign against Indian Muslims; as well as on illicit financial flows and the reform and revival of the United Nations,” Ambassador Akram added.

The Prime Minister is also likely to address from Islamabad the Summit meeting on Financing for Development on Sept. 29 and the Bio-Diversity Summit on Sept. 30.

Foreign Minister Shah Mahmood Qureshi is scheduled to speak in the UN’s 75th Anniversary Session on Sept. 2, and at a High-Level Meeting of the UN Alliance of Civilizations on Sept.

28. He will also address the 25th Anniversary of the Fourth World Conference on Women on Oct.1.

In the hybrid format adopted for this year, the Prime Minister and Foreign Minister’s video statements will be introduced by Ambassador Akram, who will be physically present in the General Assembly Hall.

Each member state will send one diplomat to the hall in order to maintain social distancing.

The landmark session will preside over Volkan Bozkir, a veteran Turkish diplomat, who will assume the office as UNGA President on September 15.

Because of the strict restrictions, this time around there will be no bumping into presidents or the occasional global celebrity in hectic and sometimes crushed corridors at UN Headquarters in New York.

There will be no marvelling at seemingly endless presidential motorcades on the streets around the UN complex and no “standing-room-only” moments in the gilded General Assembly Hall, as the Organization’s busiest time of the year is reimagined in the time of COVID-19.

The United Nations was established in 1945 and has been marking its 75th anniversary with what the UN Secretary-General António Guterres has called an extended “people’s debate” which “promises to be the largest and furthest-reaching global conversation ever on building the future we want.”

The event at UN headquarters on 21 September to celebrate the milestone (which will also take place online and remotely) will aim to “generate renewed support for multilateralism”; an issue many believe has become ever more urgent as the world faces up to the COVID-19 pandemic. It’s expected that the Secretary-General will address, in person, the High-Level event to mark the 75th anniversary in the GA Hall.

The Sustainable Development Goals, or SDGs – the 17 internationally agreed on targets to reduce poverty and maintain peace, whilst protecting the planet – have remained at the top of the UN’s agenda during 2020, with many arguing, including the UN Deputy Secretary-General A mina Muhammed, that the pandemic has only underlined more forcefully why they are so important.

At the 75th GA session, the SDGs will be put under the spotlight in what is being described as a “first of its kind 30-minute global broadcast”, created by writer and director, and SDG advocate, Richard Curtis, which will take audiences across the world “on a dynamic exploration of the times we live in, the multiple tipping points our planet faces, and the interventions that could transform our world” up to 2030, when, it’s hoped, the SDG targets will be met.

Meanwhile, the SDG Action Zone, which, in past years, has provided a focal point and meeting place at UN Headquarters to promote the global sustainable development agenda, is moving online with appearances from “inspirational leaders” promised on the bill.

And the UN will also be partnering with the Al Jazeera English flagship social media show, The Stream, in a series of discussions around the SDGs.

Earth’s biodiversity, its rich variety of life, is declining at what the UN has warned “an unprecedented rate.” Over one million species are at risk of extinction, two billion hectares of land are currently degraded and 66 per cent of oceans, 50 per cent of coral reefs and 85 per cent of wetlands have been significantly and negatively altered by human activity.

A major international summit to discuss how to reverse the accelerating deterioration of the natural environment and how it is harmfully impacting people’s lives was due to be held this year in Kunming, China, but it has now been postponed until May 2021.

In the meantime, a day of virtual meetings will be taking place under the auspices of the General Assembly on September 30.

Progress on gender equality and women’s rights has been severely impacted by COVID-19, as women and girls suffer a disproportionate social and economic fallout according to the UN Secretary-General, Antonio Guterres.

On 1 October, this and other issues relating to gender equality and empowerment are due to be discussed at the UN in the context of the 25th anniversary of the internationally agreed Beijing Platform for Action which is widely acknowledged as the most comprehensive and forward-looking plan for advancing the rights of women and girls.

Sept. 18 will mark the first-ever International Equal Pay Day, which focuses on aligning pay between men and women.

Not strictly part of the General Assembly, but inextricably linked; many New Yorkers dread the opening of the new GA session every September which brings the closing of streets, presidential-motorcade-induced traffic jams on the city’s First Avenue and the surrounding Midtown area, and enervating disruptions to general life.

This year, while world leaders stay away, New Yorkers, despite the severe, ongoing challenges of the pandemic, which include billions of dollars in lost revenue from visitors and tourists, will no doubt enjoy a respite from the week or ten days when a small part of their global city is given over to presidents and heads of state.