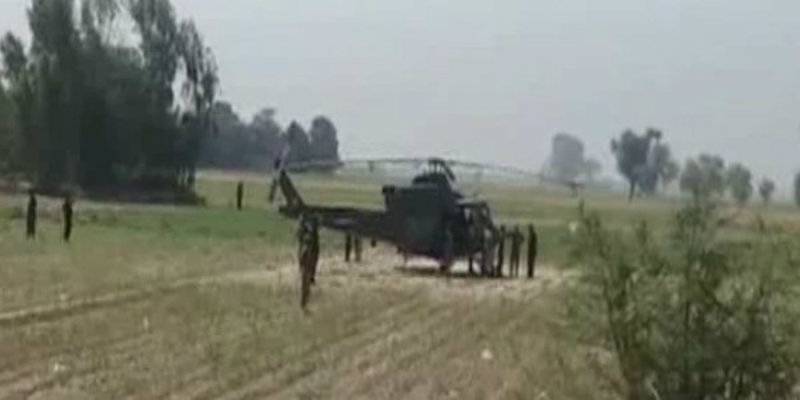 RAJANPUR (Staff Report) – More than hundred army personnel landed in Kacha Jamal of Rajanpur through helicopters on Friday to rescue at least 18 policemen held hostage by the Chhotu Gang.

Operation, named Zarb-i-Ahan, which was launched against Chotu gang was halted after 24 police were taken hostage while seven killed including a station house officer (SHO).

Heavy contingents of policemen are present in the area. Mobile phone services have been restored in the region demands of the gangs.

Punjab IG Mushtaq Sukhera said that recovering the policemen was their first priority.

Read More: Zarb-i-Ahan: Operation against Chotu gang may fail due to lack of resources

Meanwhile talking to the media outside the Punjab Assembly on Friday, Punjab Law Minister Rana Sanaullah said that Chotu gang would either drop weapons or be put an end to within the coming 24 hours to 48 hours.

Rana further said that the operation is being organised once again and was hopeful about law enforcement agencies’ positive development in the matter.

Rana asserted that the gang would not be given a window to abscond or escape the forces at any cost. Army was there to provide backup support in the operation, he added.