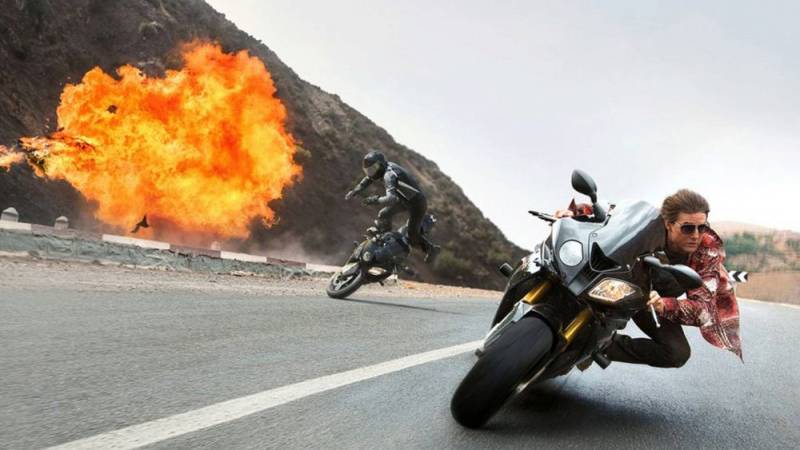 Mission: Impossible 7 has suffered yet another major setback after a motorbike stunt went dangerously wrong.

Nobody was injured but the accident cost the production a big amount of money and time as a huge fire erupted on set.

“This has been a massive challenge to stage and has cost a fortune, not to mention weeks and weeks of construction. But when it came to the big day, it went horribly wrong,” a source told The Sun.

“The idea was for the stuntman to land on some huge pillows filled with card to cushion the blow, while the bike safely crashed to the ground a few metres away. Unfortunately, it was miscalculated.”

The source continued: “The heat and the friction of the tyres meant that when the bike crashed, the cardboard padding sparked and went up in flames. The smoke was so bad they had to close a nearby RAF airfield.

“Fortunately, nobody was hurt but it’s a total catastrophe, not to mention extremely expensive for all concerned. Tom is very frustrated. Nobody wants more delays.”

Fire and safety crews were sent to the scene. The set has been temporarily closed as executives are trying to figure out exactly what went wrong.

MI 7 has been hit by a bit of bad luck from the very beginning. The production was halted in Venice when the COVID-19 pandemic badly affected the city back in March. Its premiere date was postponed from its initial June 2021 release to November 2021.