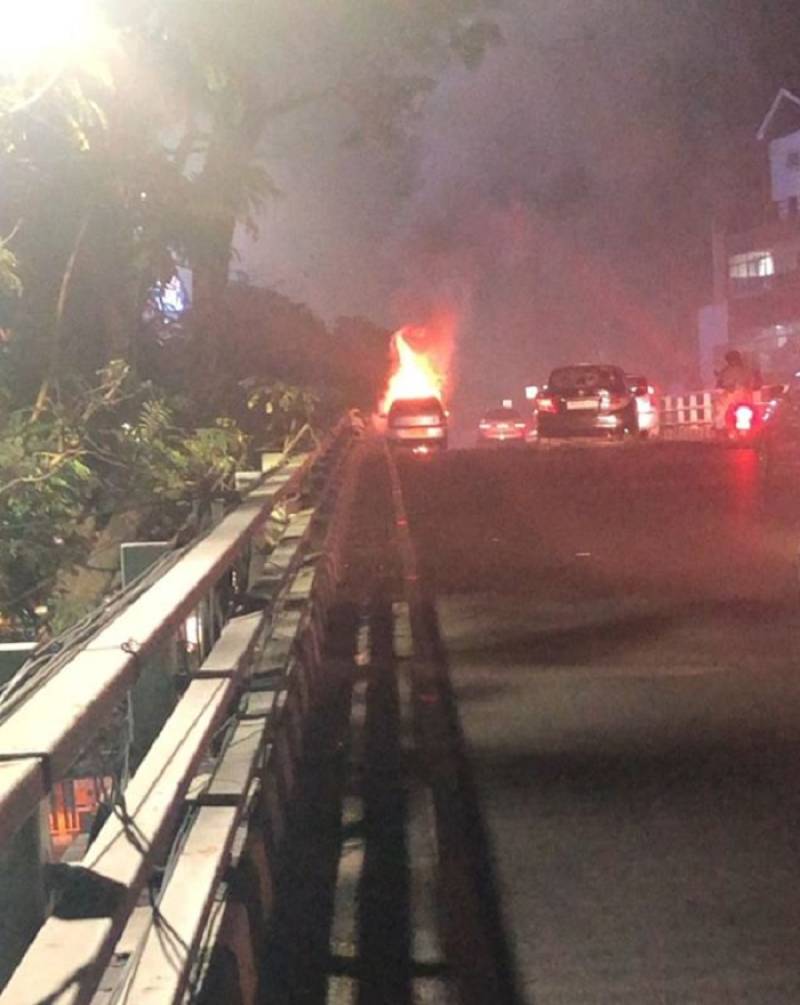 CHENNAI - A woman in south Indian state of Tamil Nadu was left traumatized when she faced an unexpected incident that could take her life if she had not acted swiftly.

Pallavi Singh, a costume designer and wardrobe stylist from Chennai, shared her horror on social media while narrating what led to her decision to jump out of the Uber that caught fire seconds after.

Pallavi posted a video of the vehicle that was engulfed by flames that she could have been a victim of as well.

According to Pallavi, she could sense a burning smell in the car. She could see smoke coming out 0f the foot area and possibly the AC ducts. To her shock, the Uber driver did not seem to think twice about what was happening.

When passersby pointed out sparks from beneath the car, the driver-passenger duo jumped out of the car only to see the car burn up immediately.

Pallavi's ID cards, wallet, bag and essentials all burned up and perished in the horrifying fire.

Later on social media, she notified people how it has been 12 hours since the incident took place and Uber hasn’t responded yet.

Archana Kalpathi, a businesswoman, who was present behind the line of cars on the same road during the incident, reached out to her on Twitter.

Uber eventually did respond with this!

“Uber is grateful that both the rider and driver partner are safe after this incident. We have also reached out to them both and applaud the rider for quickly bringing this issue to our attention. There’s nothing more critical than the safety of our riders and driver partners and we standby to assist the law enforcement with any information they might require.”