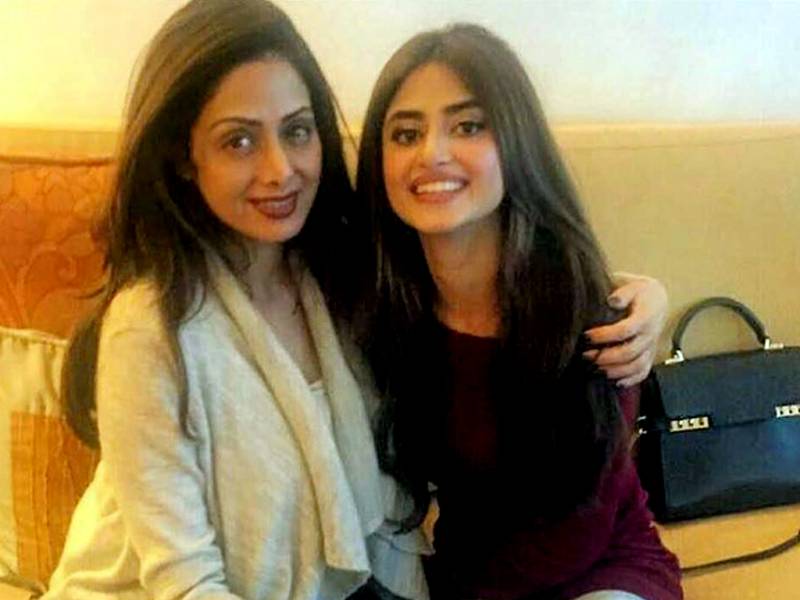 Sajal Aly made her Bollywood debut alongside Sridevi in Mom, which got her a lot of attention not just because of her amazing acting but due to her bond with the late Bollywood diva.

"We [Sridevi and I] shared a very mother-daughter kind of relationship," Sajal said in an interview with Gulf Times. "In the first two spells of the shoot, my mother was there with me and they developed a very good bond, so we spent a lot of time together — like a family. In the last spell of the film since I was alone at the shoot and my mother was in the hospital, that was when I got attached to her [Sridevi]."

Sridevi, who passed away last month due to an accidental drowning in the UAE, was known to keep to herself on sets but with Sajal, she found a friend.

"For me, she’s no doubt a legend but even in my first scene, I never felt like I was sitting in front of Sridevi; I felt I was sitting in front of a mother," Sajal said. “She made me feel that way. It’s a very big thing. Lots of newcomers come and shoot with you and sometimes they even get intimidated or nervous, but during the entire shoot of the film, I never felt uncomfortable sharing the screen with her."

She spoke about the current ban on Pakistani artists in India and feels hopeful about our own Pakistani media industry growing for the better during this situation.

"Since artists are prominent both in Pakistan and India they’re a soft target, which is wrong," she said. "I am glad that I got a chance to work in Bollywood and might as well go again, but I am also concerned about contributing to a positive growth in Pakistani cinema. I believe the hard work that we put in the projects abroad can just be put in at home, where we are given the respect we deserve. Therefore, the ban shouldn’t be taken as a setback anyway."