Kangana Ranaut, Naseeruddin Shah find a friend in each other as they destroy Bollywood 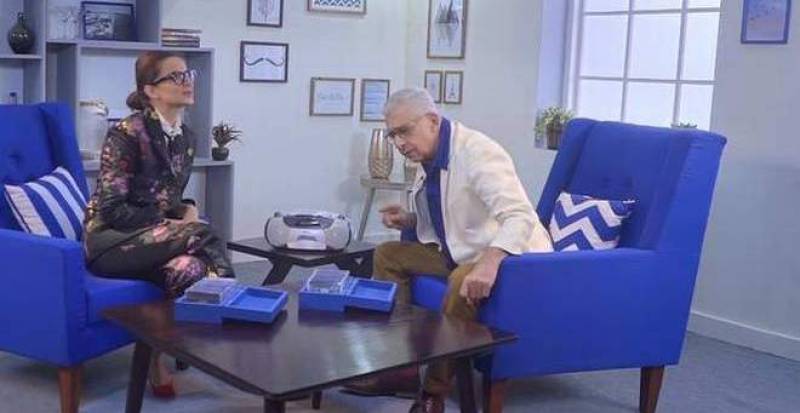 MUMBAI - One would definitely remember Kangana for everything from her fight with Hrithik to the recent row with Karan Johar over nepotism. This time, the Queen actress found a friend in veteran actor of Bollywood, Naseeruddin Shah as they came together on Film Companion's 'Tapecast' together recently.

When asked what he liked about the Hindi industry, Shah stated: "Do we have a few hours? If you asked, what I like, the answer would have been briefer. I love the Hindi film industry! I think it caters to millions and millions and zillions of viewers everyday and entertain them with the most mindless of content. It is deadening minds which is very necessary. It is lowering tastes, which again, is very necessary. We have plagiarists, who are termed as acclaimed writers, which is a very good thing. We don’t only have borrowed scripts from Hollywood, we have also, when the poster design comes around, there’s a guy who turns up with an album of Hollywood film posters, and says, ‘We’ll do this from this one, and this from this one."

Kangana added, "What I don’t like about Hindi films is that if something works, everyone does it. I have had big studios come to me and narrate Queen’s script. They just narrated my own film to me. They want to make the same thing again. I’m like are you guys realising this is the same film."

"In the old days instead of a script you were given a cassette. They’d give me the Godfather and say we are doing something like this. We’ll give a nice twist to it. Next week a cassette of Mughal-e-Azam is given to me. They said we’ll combine Godfather and Mughal-e-Azam. That must have been made also," continued Naseeruddin Shah.

He continued, "It’s herd mentality but it’s also a complete indolence and laziness you know in my opinion. How many filmmakers in Bombay bother to produce something original? Remaking this and that, at least now they’re admitting that we are remaking something."

Kangana had something very profound to say which everyone must remember, be it any field, "I always said that the one that can make you can break you. So always remember who has made you. If you have a godfather, you better be nice to that person. But if you have on your own ability and on your own confidence and your own hard work made yourself, then it’s only you. You know who tells me that, Arbaaz Khan. Every time I meet him he tells me, Gabbar Singh ko sirf Gabbar hi maar sakta hai."