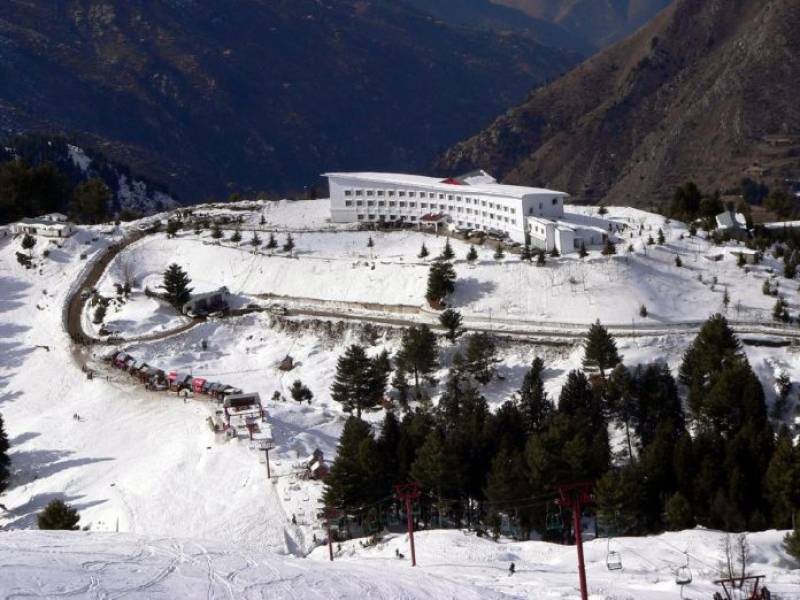 ISLAMABAD - At Malam Jabba’s Ski School, 70 aspiring juveniles including 11 girls, are honing their skills to proactively participate in upcoming winter sports competitions in the snowy resort of Swat.

“Last year, the enrollment of under-18 did witness 66 per cent surge as the school registered some 42 children including four girls in November 2018,” Manager at Samson Ski School and Training Centre Pir Waris told APP by phone.

He said the school was set up by the Samson, a private organization, in 2016 to promote Malam Jabba as a winter sports destination, almost 9,000 feet above the sea level, with immense potential of adventure and winter tourism.

The youngsters were being acquainted with skiing techniques, provided equipment, one-time meal daily and uniform, besides imparting physical training, he added.

Waris said the organization did engage professional instructors for making the youngster, competent enough to represent the country at international skiers contests after getting the training of global standards, he added.

“Our skiers are taking a keen interest in their daily training and eager to compete in the upcoming Malam Jabba winter sports competitions,” the manager said.

The Samson group of companies was poised to host a 3-day Winter Sports Festival at Malam Jabba that would commence from January 17, a Spokesperson Samar Sabeen told APP.

She said the establishment of the school was aimed at polishing the skiing skills of locals that would eventually enable them to hoist Pakistani flag at the snowy mountains of foreign countries by participating in international ski competitions.

“Locals of Swat naturally possess ski talent and we are providing them a platform to polish their skills so that they could bring laurels for the country by competing at international arenas,” she remarked.

To a query, Sabeen said most of the enrolled students hailed from less privileged families.

She said the enrollment of girls was not an easy task due to some social taboos in the remote valley.

With the onset of skiing season, top destinations including Nathia Gali, Naltar and others had started receiving the adventure tourists who visited the areas for skiing tours.

The first-ever snow camp was also held this month in the Qaqlasht area of Chitral, which featured some 50 adventurers including 15 girls from various part of the country.