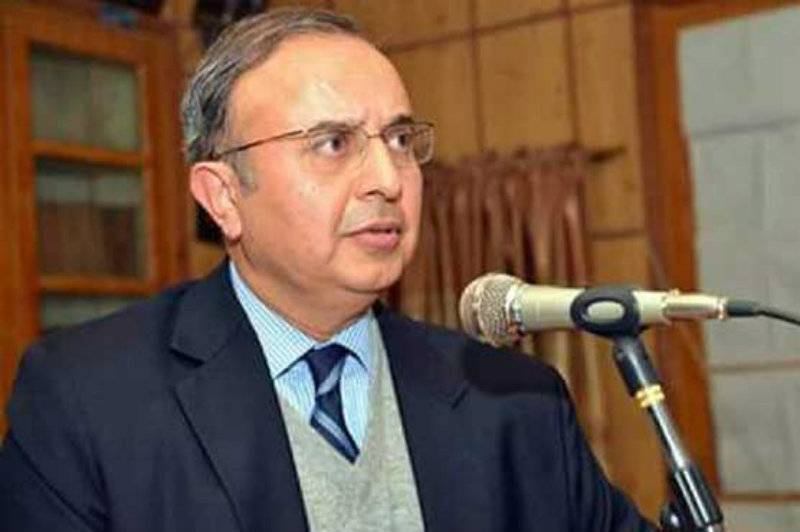 ISLAMABAD - The Islamabad High Court has dismissed a petition seeking the ‘money trail’ of Punjab’s top judge, who denies any wrongdoing and has presented himself for any accountability.

Justice Miangul Hassan Aurangzeb of the IHC dismissed as not maintainable the petition seeking money trail of Syed Mansoor Ali Shah, the Lahore High Court’s chief justice, for the time when he allegedly had a loan of Rs350 million waived.

A lawyer, Anwar Dar, in his petition, had alleged Mr Shah got a loan of Rs350 million in 2004 and got it written off as the managing director of Mansoor Textile Mills and Aaj Textiles.

Referring to a news report revealing details about the loan, Rahiem said he had tried to establish the veracity of the report and in this regard had filed a written request to the LHC registrar under the Right to Access of Information Act, but received no response.

The counsel added his client also filed a reference before the Supreme Judicial Council on July 5, requiring the information to supplement his reference. At the moment, he contended, the Punjab Transparency and Right to Information Act, 2017, was not functional.

He urged the court to issue directions to provide the complete money trail of the loans obtained and written off, complete service record, the period in which CJ Shah remained director and beneficiary of the textile mills.

'No one above the law'

The CJ, in a reply to the petition, clarified he was appointed as the director of Mansoor Textile Mills while he was studying. “It was a family business which was being run by my father. The Mill was sold in 1990 and I had completed by education in 1989. I have not played any important role in the business,” Mr Shah added.

Presenting himself for accountability, the judge said no one was above the law. “Everyone should be held accountable.”

He has also posted details of his annual tax returns on the LHC website in a move to show “transparency and openness”.

“Let it be opened for the sake of total disclosure, as we, being judges, have nothing to hide. I have posted my tax returns simply for the honour of this institution (judiciary),” CJ Shah said while addressing the Annual Tax Conference organised by Rawalpindi Islamabad Tax Bar Association on Friday.

“Public confidence is the basis of any judiciary,” the chief justice said, adding: “I take this step because some people are raising questions regarding this matter.”

Legal experts say this is the first time that such a disclosure is made by a superior court judge regarding their wealth.

Syed Mansoor Ali Shah was elevated as a judge of the Lahore High Court in 2009, and was appointed Chief Justice on 27 June 2016.

Since joining the court, Shah has authored decisions on constitutional law, human rights, and environmental sustainability and focused on judicial reform, including the revamping of the Punjab Judicial Academy and the creation of the LHC research centre. He is generally viewed as an independent-minded and reformist judge.