Insulting Mother of the Faithful, Aisha, prohibited by Ayatollah Khamenei 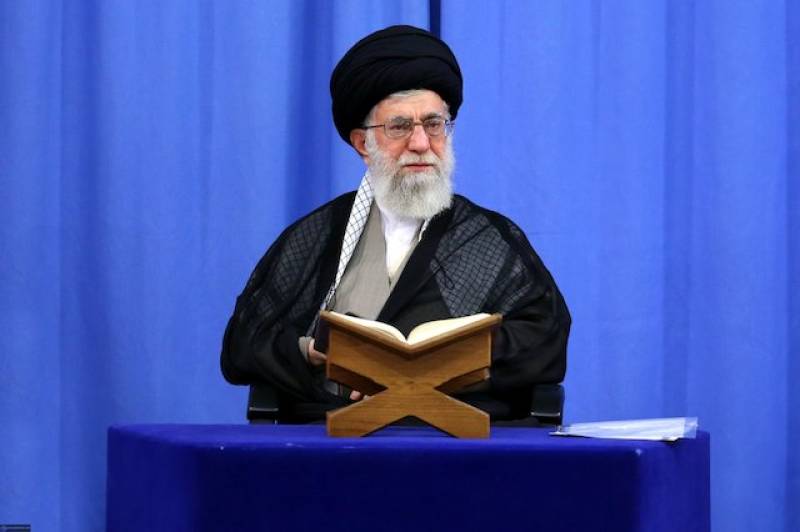 TEHRAN (Staff Report) - Revolutionary leader of Iran Ayatollah Khamenei has issued a fatwa against hurling insults at Aisha, the wife of Prophet Muhammad (PBUH), and all other prominent figures and personalities celebrated by Sunni Muslims.

In the religious decree, Khamenei termed any such behavior towards Islam's symbolic figures as prohibited, while responding to a question on religious matters.

The question was raised in connection with the tale of a Shia clergyman, who allegedly used his British TV channel to insult the Prophet's (PBUH) wife Aisha. The clergyman later described his act as part of Shia belief.

Responding to the question, Ayatollah Khamenei said "Insulting figures and symbols celebrated by Sunni brethren, including the wife of the Prophet of Islam [Aisha] is prohibited. This includes the wives of all prophets, particularly the master of all prophets Muhammad (May God’s greetings be upon him and his household)," according to the text available on his website.

It is also pertinent to be mentioned here that this is not the first time when Khamenei has termed such actions non-Islamic.

Previously, In a meeting with Shia and Sunni scholars in Kermanshah on October 12, 2011, he had issued a similar fatwa, further adding that some western powers pay so-called Shia scholars to to insult the Mother of the Faithful and the Wife of Prophet Muhammad (PBUH), Aisha.