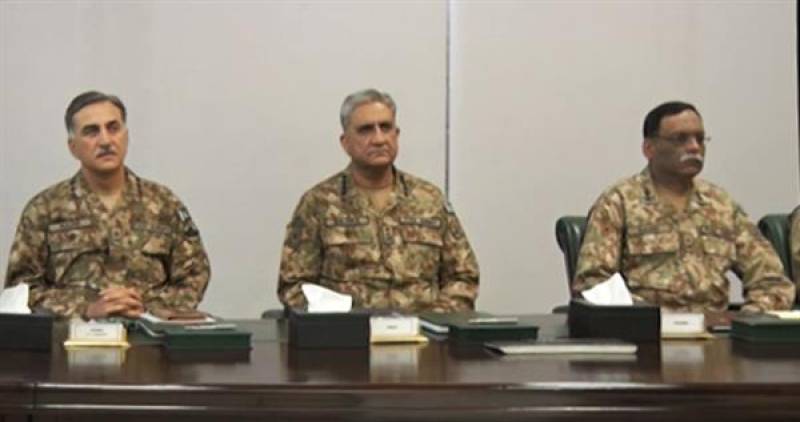 RAWALPINDI - Following a US drone strike in Hangu, Chief of Army Staff General Qamar Javed Bajwa has said that unilateral actions such as drone strikes are counterproductive and against the spirit of ongoing cooperation and intelligence sharing diligently undertaken by Pakistan, ISPR reported.

The Army chief stated this during his visit to Peshawar Corps Headquarters on Wednesday, adding that Pakistan Army is capable of taking effective measures if actionable intelligence is shared.

During the visit, he was given a detailed briefing on the situation along Pak-Afghan border, ongoing and future operations, progress on development works and return of TDPs. COAS appreciated the improved security situation and measures for better border management including fencing.

He also expressed his satisfaction on operational readiness of the formations and asked them to stay vigilant against all types of threats. He said, "We consider Afghanistan as a brotherly neighbor and terrorists are our common enemy. The threat thus requires a trust based coordinated response rather than blame game or unwarranted skirmishes."

He added, "Our focus now is to transform our operational achievements in FATA into enduring peace and stability for which early mainstreaming of FATA through reforms is essential and Pakistan Army fully supports all efforts towards that end.

"Our brave tribal brothers, through their support, cooperation and resolve, have enabled security forces to succeed during the operations and now it is time for them to live a fearless and quality social life as citizens of Pakistan."

COAS said that Pakistan Army shall continue its efforts to consolidate gains achieved thus far and stated that Army stands with all other institutions to get Pakistan rid of any threats to its progress and prosperity.