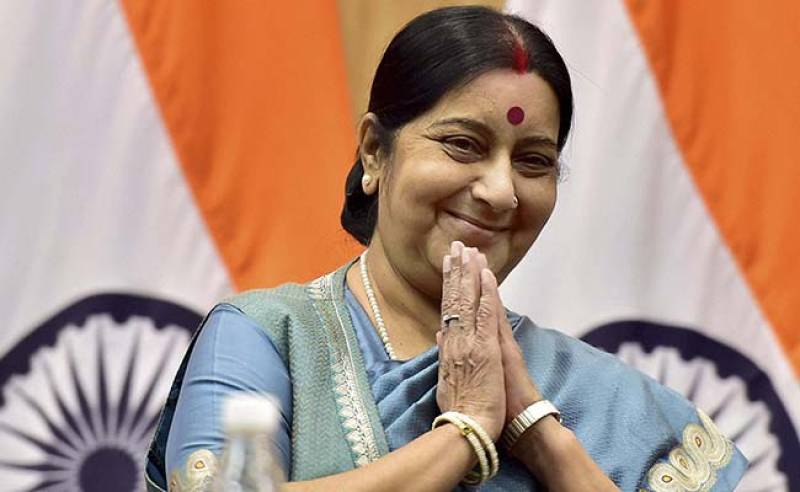 NEW DELHI - Indian Foreign Minister Sushma Swaraj has said that Pakistan and India are neighbours and "neighbours cannot be changed".

Speaking to media, the Indian minister declared the decision allowing Pakistani infants to come to India for treatment a goodwill gesture. She was of the opinion that the two countries have many issues, but the neighbourhood could not be denied. She also added that serious efforts were made for the dialogue but situation was not suitable for it, adding that Pakistan will have to fulfill its responsibilities in this regard.

She stated that no dialogue will take place till intervention from across the border. She also said that there is no chance of third party intervention on Kashmir issue.-Online

US hopes Pakistan to be economically sustainable