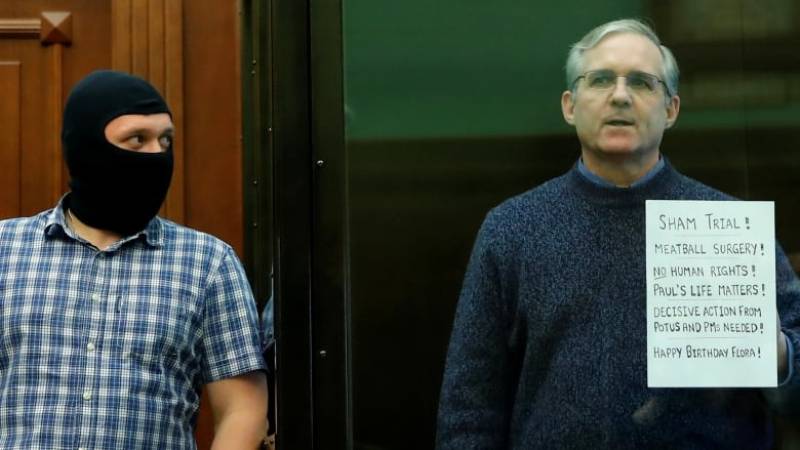 MOSCOW – A Russian court on Monday sentenced former US marine Paul Whelan to 16 years in a penal colony in an espionage trial.

The Moscow City Court found Whelan guilty of receiving classified information, as he stood in the courtroom defendant's cage with a sign that read "Sham trial!" and called on the US president to intervene.

"To inflict a sentence of 16 years of imprisonment, the sentence is due to be served in a high-security penal facility," the judge said.

The prosecutor asked to sentence Whelan to 18 years. Whelan insists on his innocence, he said he would contest the sentence.