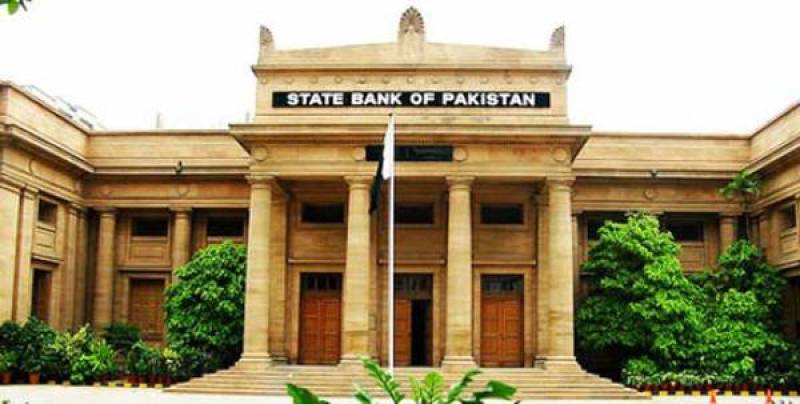 ISLAMABAD (APP) - The State Bank of Pakistan (SBP) on Friday said the economy after facing some difficulties in the initial months of current fiscal year (FY14-15), ended the first half with some positive developments".'

The second quarterly report of the Central Board of Directors of the SBP presented to the Parliament, said, "These positive developments include a decade low inflation, contained budget deficit along with its improved financing mix, comfort in balance of payments mainly on the back of sharp decline in global oil prices, increase in forex reserves, and stability in the exchange rate."

"In order to address these issues and to put the economy on a higher growth trajectory, bold policy measures along with better overall governance are inevitable,' the report concluded.

The report presented a detailed analysis of various sectors of the economy, with some the key observations as follows. Preliminary information about the real sector suggested a mixed picture of the economy.

It said prospects of a better wheat crop, and some improvement in minor crops, were likely to offset the performance of cotton and sugarcane. However, farmers' income might be adversely affected by higher input cost (especially fertilizer), and the decline in output prices of cash crops.

On the other hand, the industrial sector was struggling with energy issues, as shown by a modest growth of 2.3 percent in the large-scale manufacturing, the report added.

Within services sector, the report said, it seemed challenging for some sub-sectors (like wholesale and retail trade) to achieve their target growth rate, while others (like banking) could perform well.

The commercial banks aggressively participated in primary auctions of longer-term securities as they anticipated a cut in the policy rate and also took advantage of the healthy term premium on PIBs.

The government also accepted huge sums in these auctions to lengthen the maturity profile of its debt, and to substitute some of its borrowings from SBP.

This enabled the government to contain its borrowing from SBP within the ceiling agreed with the IMF, and meet the limit of zero quarterly net borrowing from the central bank.

The SBP has, so far, reduced the policy rate to a decade low of 8.0 percent. The SBP supplemented its policy decisions with increased OMO injections during this period.

In terms of the country's fiscal performance, the budget deficit as percent of GDP was 2.2 percent in the first half of the year - slightly higher than the last year's level.

The government (federal and provincial combined) was able to contain expenditures growth to only 4.8 percent during this

period, compared with 10.7 percent in the same period a year earlier.

Encouragingly, current expenditures were controlled, while development expenditures showed a robust growth. The financing mix of the budget deficit also improved with higher availability of external resources and less pressure on banking system. However, revenue collection continued to be a major concern.

Total revenue (federal and provincial) grew by only 5.0 percent in the first half of the year, compared with 13.9 percent last year.

Although the government introduced several tax measures in the Budget for FY15, FBR revenues increased by only 13.6 percent during this period.

The low growth in tax revenue was partly due to sharp fall in oil prices.

Pakistan's external sector, nonetheless, benefited from the decline in oil prices. This along with strong growth in remittances helped reduce the current account deficit in the second quarter.

the international market, successful completion of quarterly reviews of the IMF program, and loans from IFIs. These inflows pushed up the country's foreign exchange reserves to a comfortable level. As things stand, SBP's liquid reserves cover more than 3-month import of goods.

According to the report, the country would continue to experience some of the key positives in the months ahead.  Several forex inflows have realized in H2-FY15, including: coalition support fund; proceeds from the further divesture of HBL;

receipts from the IMF; and more are expected like disbursements from the ADB, World Bank and other sources.

Furthermore, remittances are likely to maintain their robust growth for the rest of the year, and will surpass the target set for the whole year.

With this comfort in the balance of payments, the exchange rate is also expected to remain stable, which coupled with low fuel prices, will continue to dampen inflationary expectations.

The SBP projects average inflation in the range of 4 to 5 percent for the whole year, compared with the original target of 8 percent.

Further, the growth in real GDP is also expected to remain higher than last year's level.

A better wheat crop may compensate for the sluggish performance of kharif crops. Construction is set to improve as more PSDP funds are released by the federal and provincial governments.

While the challenges faced by LSM may continue, the overall services sector is likely to maintain last year's growth momentum.