PM Imran to pay a day-long visit to Lahore today 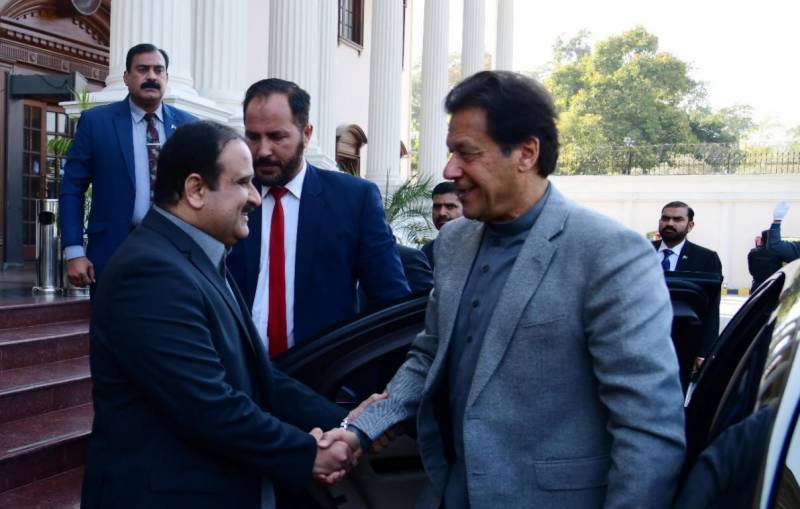 LAHORE – Prime Minister Imran Khan will reach the Punjab capital on a day-long visit today (Wednesday) as the premier is scheduled to chair key meetings during his stay in the metropolis.

Reports in local media quoting sources said the PM is scheduled to hold separate meetings with Punjab Chief Minister Usman Buzdar and Governor Chaudhry Muhammad Sarwar. A briefing on Lahore development projects will also be given in a meeting to be held in the CM House.

Khan will also preside over the meeting regarding Special Economic Zones in Punjab where Mian Aslam Iqbal will brief him on the progress.

Furthermore, the premier will discuss the expected changes in the Punjab cabinet, said sources privy to the matter.

On Tuesday, Prime Minister Imran Khan sought the analytical report in a bid to ascertain the real causes behind PTI defeat in Lahore, Rawalpindi, and Multan in the recently concluded cantonment boards elections.

PM Imran also said that the reasons for the defeat and those responsible for the results should be identified. He also sought reports on the distribution of tickets, election campaigns and other factors behind the defeat.