Apple unveils iPhone 13 with an upgraded camera, chip and screen 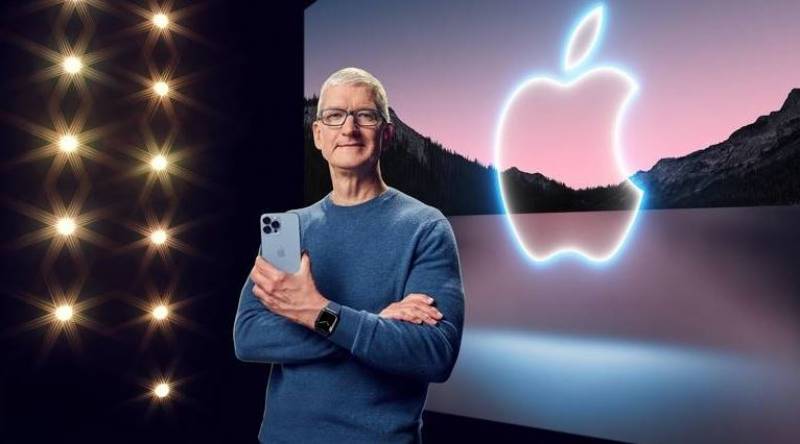 CUPERTINO – Apple has unveiled a new line of iPhones at a wide-ranging product event with improvements to the camera, processor along display.

Apple CEO Tim Cook comes to the stage in an empty auditorium to wrap up the event and the company’s announcement, exiting another montage of beautiful California landmarks. iPhone 13, iPhone 13 mini, iPhone 13 Pro, and iPhone 13 Pro Max are the variants of the latest Apple phones which are loaded with faster GPU, improved camera hardware and, the first ProMotion display.

Promotion is a term introduced by Apple for a high refresh rate display. On the iPhone 13 Pro and iPhone 13 Pro Max it can go as low as 10Hz and as high as 120Hz. iOS has been reworked to make the best use of the new display.

The Apple A15 Bionic chipset is made up of a whopping 15 billion transistors but Apple didn’t offer any more specifics. The GPU comes with 5 cores, giving it an edge over the vanilla phones, which use a version of the chip with 4 cores.

The higher-end iPhone Proline was arguably the highlight of the event, the 6.1-inch iPhone 13 Pro and 6.7-inch iPhone 13 Pro Max feature a powerful A15 Bionic chip, which according to the company is the ‘fastest CPU in any smartphone’.

The new iPhones come with machine learning capabilities, such as real-time video analysis and the ability to analyze text in photos.

The leading smartphone company stuck with a 12MP resolution camera but improved the lenses, sensors, and image processing. The main camera sensor has a pixel size of 1.9µm and a brighter aperture of f/1.5. 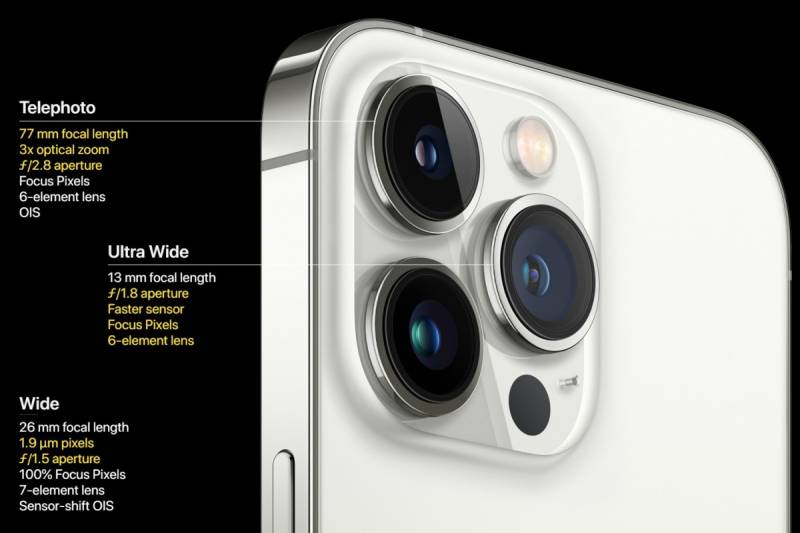 The previous top-of-the-line model had 1.7µm pixels and an f/1.6 lens. This means that in low light the new model can capture up to 2.2x more light.

It also comes with an ultrawide camera - which also has a better lens – a 6-element f/1.8 one with autofocus to be precise and the autofocus allows the ultrawide module to double as a macro camera. All cameras on the Pro models support Night mode, even the telephoto one.

The new chipset has hardware support for ProRes video, Apple’s professional video codec. The Pros can record at 4K at 30 fps and you can edit the ProRes videos right on the phone. Dolby Vision HDR is also supported at up to 4K 60 fps.

Meanwhile, the battery life has also been improved, as the new iPhone comes with an efficient screen, a more efficient chipset, and a bigger battery and iOS optimizations. iPhone 13 Pro will last 1.5 hours on a single charge compared to a 12 Pro, the 13 Pro Max can last 2.5 hours longer than the 12 Pro Max. Apple didn’t mention a faster charging system, so that means 20W wired over Lightning and 15W over MagSafe.

Apple is all set to show new iPhone and Apple Watch models with minor upgrades on Tuesday. Analysts expect that ...

The company also improved the 5G connectivity with support for more bands. By the end of the year, the iPhone 13 series will work on over 200 carriers around the world, spanning 60 countries.