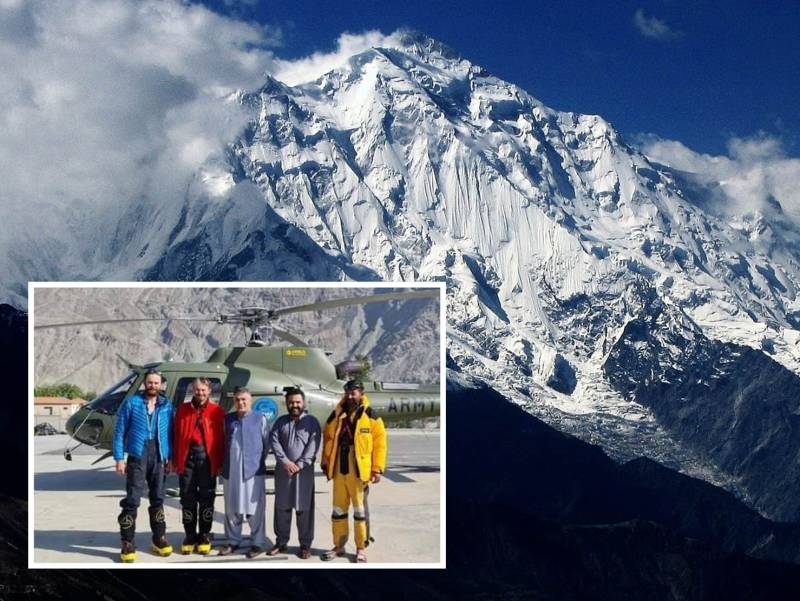 Pakistani mountaineer Wajidullah Nagri, along with Czech climbers Peter Macek and Jakub Vicek were stranded on the 7,788-metre-high mountain during their descent after summiting the mountain.

Reports quoting sources said the health of the foreign climber deteriorated after which locals drag them to the army helicopter.“One of the climbers was suffering from frostbite because of which he couldn’t walk,” the brother of Pakistani climber told a news channel.

Nagar's deputy commissioner (DC) while speaking with a news outlet told that the group members were stranded at an altitude of around 6,900 meters, with food and other essential supplies being flown in via chopper for them.

Earlier, the local administration formed a team of expert climbers including Sajid Ali Sadpara to partake in the rescue operation however the first attempts to conduct a helicopter rescue were delayed amid harsh rough weather conditions. The trio was in contact with their families through satellite communication.

Second day ends with no headway made in rescue operation for the three stranded climbers on #Rakaposhi.

The attempt to drop food from helicopter also failed due to bad weather. 1/2 pic.twitter.com/wcUdopZUWS

Alpine Club of Pakistan’s secretary shared the development in a post on social media stating that the three climbers were successfully rescued by Army Aviation. “With the continuous efforts of Army Aviation, the rescue operation was successfully ensured”, he said

The trio of climbers began the ascent of Rakaposhi on September 1. They started off from the South Ridge and completed the summit on September 9. the real challenge was the descent of the mountain, where they got stuck.

Rakaposhi, a mountain in the Karakoram mountain range elevated around 8,000m is the world’s 27th and Pakistan’s 12th highest peak.

Pakistan’s Colonel Sher Khan was the first person to scale it in 1979 while Wajidullah, who recently got rescued along with foreign climbers, is the second Pakistani to summit the peak.

Wajidullah Nagari has become the second mountaineer to scale the Rakaposhi peak in the Gilgit-Baltistan province of ...