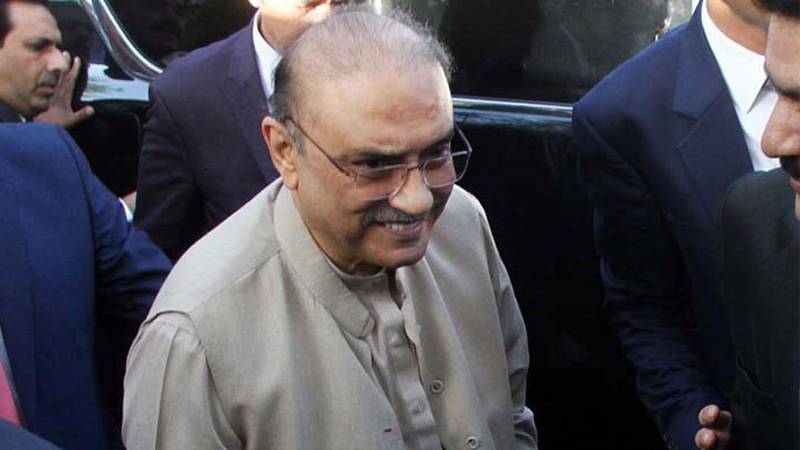 ISLAMABAD - An Accountability Court on Friday awarded judicial remand of former President Asif Ali Zardari in the fake bank accounts case by three days and sent him to Adiala Jail.

Bashir by the NAB officials after the expiry of his physical remand.

At the outset of the hearing, NAB prosecutor Muzaffar Abbasi prayed the

of the suspect needed to be interrogated.

demanded that he be given a 90-days remand, whereas NAB officials either ask for a four-day remand or ask for a new remand.

as a loss to the national treasury.

Asif Zardari, speaking at the rostrum, asked "Why he was not allowed to meet

his daughter despite having court permission." He stated that he was also not allowed to offer Eid prayers.

The court, after listening to the parties, awarded three-day judicial remand of Zardari and sent him to Adiala Jail.

He will now be presented in the accountability court on August 19.

provided with A-class facilities in prison, including medical facilities and the permission to meet his family.