At least 5 killed, scores injured in gunfire amid chaos at Kabul Airport (VIDEOS) 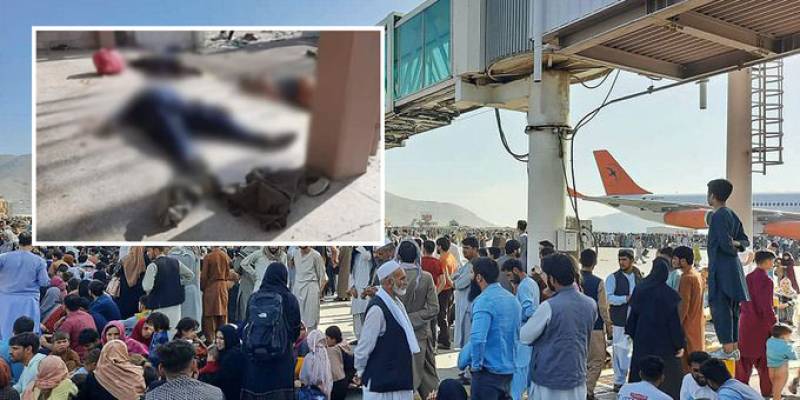 KABUL — At least five people were killed by gunfire on Monday (today) at the passenger terminal of Kabul’s international airport, where thousands rushed in hopes of getting an evacuation flight.

Eyewitnesses told an international news agency that bloodied bodies lying on the ground just outside the terminal building. The other said he has seen the bodies of five people being taken to a vehicle while it was not clear whether the victims were killed by gunshots of US forces or in a stampede.

However, international media reported that US forces opened fire in the air in a bid to disperse the mob that flocked in hope of escaping the country following the Taliban takeover.

Clips doing on rounds on social media show chaos on the runway, with civilians crazily scaling up an already overcrowded and buckling set of airstairs. Those who successfully climbed the stairs helped others up, while many hanged from the stair railings.

Insane. Don’t have any other words.

🔴Afghans trying to board a plane at Kabul Airport. pic.twitter.com/gzp24iHnsA

Following the chaos and unseen panic, all commercial flights were canceled. Earlier, Australia, Italy, and Spain have sent military aircraft to evacuate their embassy staff and other citizens.

This crippling situation comes after the insurgents capture Afghanistan’s capital on Sunday, with President Ashraf Ghani fleeing to an undisclosed location, thought to be Tajikistan or Oman.