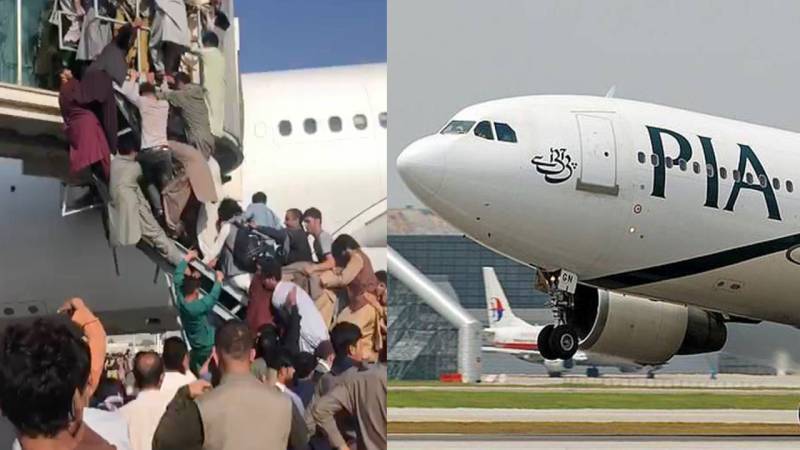 Reports quoting spokesperson of the national flag carrier, Abdullah Khan, cited that the Kabul operation has been suspended at Hamid Karzai International Airport in wake of the uncertain security situation.

Officials said the decision was taken after consultation with the Ministry of Foreign Affairs (MoFA) and Afghan Civil Aviation. The flights have been postponed indefinitely to protect passengers, crew, and assets, the statement said.

On Sunday, Pakistan International Airlines started three special flights to lift stranded nationals and foreigners from Kabul airport but the situation changed swiftly as thousands fled to get out of Kabul at the earliest.

Commercial flights from the Afghan capital were canceled till further notice earlier today as Afghanistan's Civil Aviation Authority (ACAA) announced Kabul airspace had been released to the military.

Furthermore, civilian aircraft were advised to reroute as any transit through Kabul-controlled airspace, which includes all of Afghanistan, was likely to be uncontrolled.