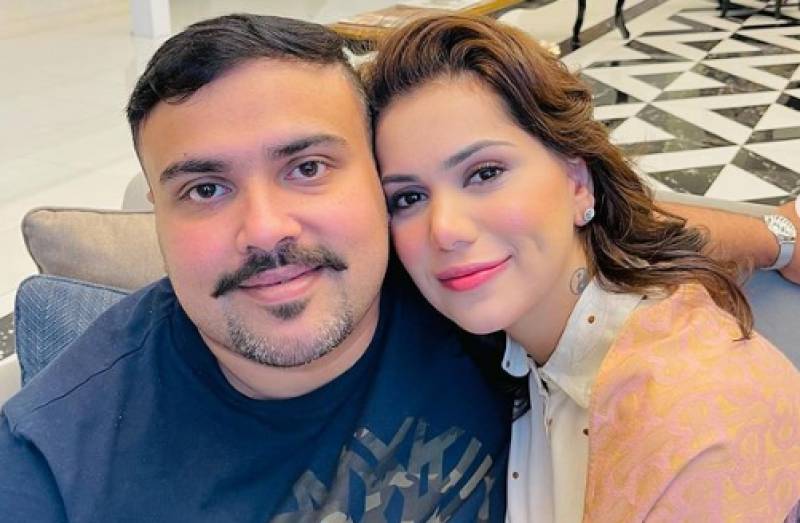 It hasn't been an easy road for lovebirds Ghana Ali and her husband since they have been under public scrutiny after they made headlines for their marriage. Yet, the couple remains cool and calm, despite the criticism thrown their way.

For being mercilessly trolled to bluntly attacked, the moral brigade has been always on their case and keep directing their backlash toward them.

This time around, Ghana Ali is under fire for sharing adorable PDA-filled photos that the keyboard warriors have deemed 'inappropriate.

Turning to Instagram, the Rangreza star shared cute pictures alongside penning a short yet sweet note.

"Dear husband! I love you Your the greatest blessing from Allah Your love is a gift that I open everyday!!"

Apart from the hateful comments, some people sent best wishes and called the couple 'cute'. 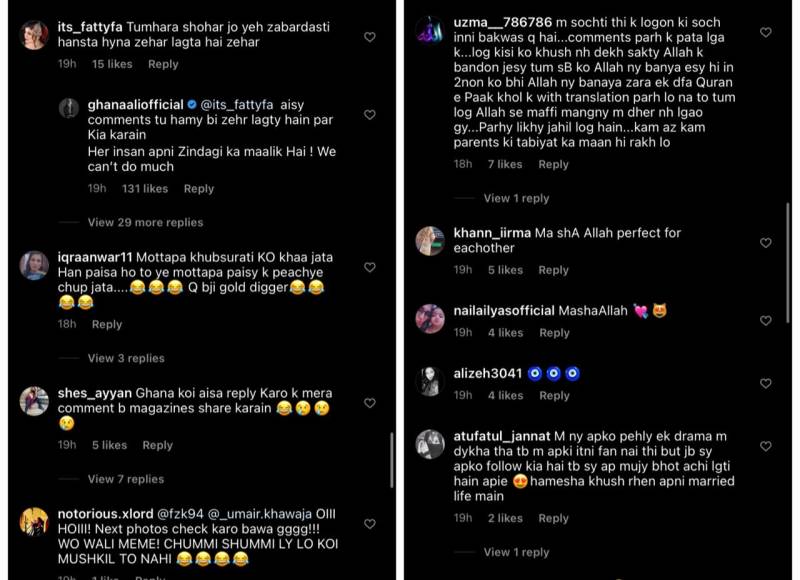 Earlier, Ali got married in an intimate ceremony and the newlyweds were spotted beaming as the clicks started circulating on the internet.

Soon after the pictures went viral, netizens had a lot to say about the couple. Some felt that Ghana's husband was too fat or old for her and others claimed that she is a homewrecker.

KARACHI – Pakistani TV actress Ghana Ali has revealed that she is a Hafiz-e-Quran, the one who learns the Holy ...