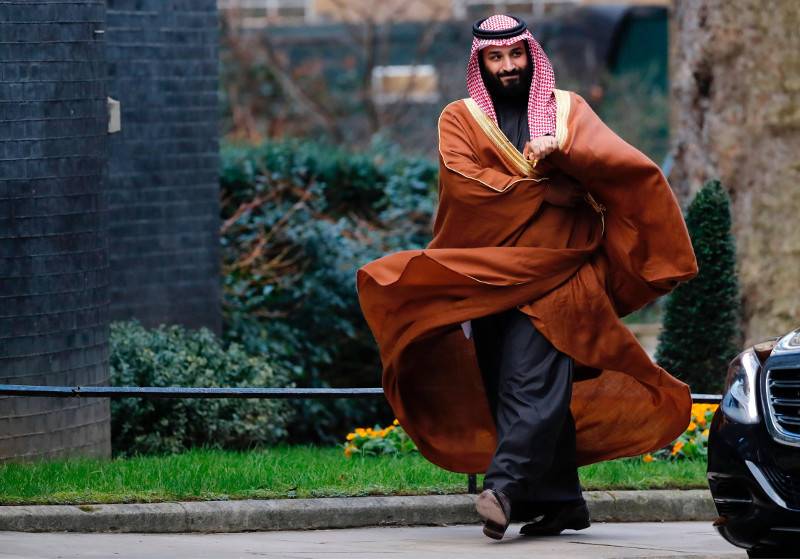 ISLAMABAD – Mohammed bin Salman, the Crown Prince of Saudi Arabia, will arrive here today on his first state visit to Pakistan, when he will announce the biggest investment in the history of the South Asian country.

The 33-year-old, who is also the Kingdom's deputy Prime Minister, will land in Pakistan with his delegation of ministers and investors on four jets.

Foolproof security arrangements have been put in place as Pakistan gets ready to welcome the Crown Prince, who will stay at the PM House, the first foreign dignitary to stay at the place.

The Crown Prince will be welcomed at the President House where a series of high-profile meetings have been lined up, including those with Prime Minister Imran Khan and the Chief of the Army Staff, General Qamar Javed Bajwa.

Mohammed bin Salman, popularly known as MBS, who holds the distinction of being the youngest defense minister in the world is the first in line to the Saudi throne.

He has not just consolidated his position in the royal hierarchy, but he has also made a mark internationally through some of his efforts to modernize the Kingdom reduce its reliabce on oil.

He was ranked at number 8 in ‘World's Most Powerful People’ by Forbes in 2013. In the same year, Forbes Middle East honored him with "Personality of the Year" for his work with MiSKFoundation, a nonprofit organization that seeks to promote learning and leadership among Saudi youth and develop startups in the country.

Vision 2030, a blueprint for the future of Saudi Arabia conceptualized by the Crown Prince, is a comprehensive reform drive aimed at restructuring the Saudi kingdom's economy and reducing its dependence on oil revenues.

MBS is on a mission to open up Saudi Arabia to the world and to welcome investments from global corporate giants. He has also envisioned NEOM, a futuristic city in Tabuk province, where global firms have been invited to invest in technology and other sectors.

It’s not only the economy that is in MBS’s trajectory. He is excels when it comes to civil liberties and ensuring human rights. The young prince has earned praise globally for some of the reforms he has overseen in the conservative Gulf kingdom, including lifting the ban on women driving and reopening public cinemas in the country after more than 30 years.

Thanks to MBS’s initiatives, women in Saudi Arabia can now own businesses, join the military and attend sporting events.

It’s his vision that has led Saudi Arabia on the path to socioeconomic prosperity.

It’s MBS’s efforts to diversify oil economy that has resulted in an outpouring of foreign investment in the country.

He's an advocated of a moderate form of Islam that will align the country with the rest of the world.

As Saudi Arabia moves forward, it is also making a robust effort to rid itself of corruption, for which the credit solely goes to MBS who ordered a crackdown on the menace in 2017, which resulted in an addition of $106 billion to Saudi coffers.

As Pakistan and Saudi Arabia celebrate their time-tested ties, the much-anticipated visit of Mohamed bin Salman would help Pakistan grow economically with agreements to be signed for setting up an oil refinery in Gwadar, among others. In addition, agreements worth more than $20 billion are expected to be signed during the visit. MBS will also address a business forum

Pakistan is expected to discuss the prospects of easing visa norms for businessmen in Saudi Arabia.