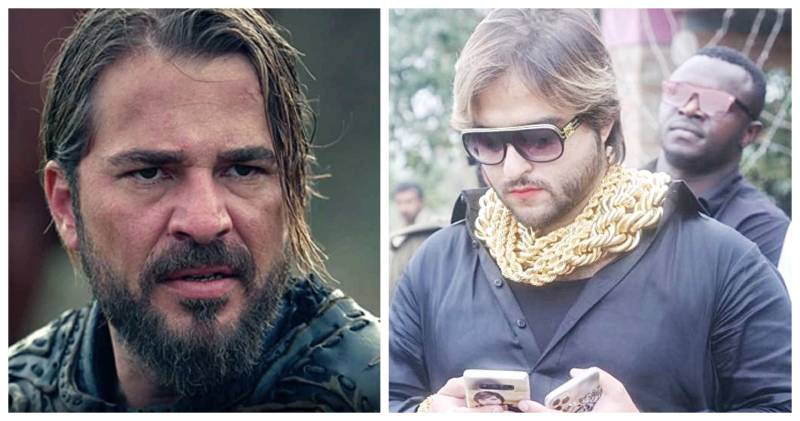 LAHORE – Ertugrul star Engin Altan Duzyatan on Monday finally revealed the cancellation of his agreement with a Pakistani company.

Altan while revealing the reason behind the termination of the contract said that the owner of the company did not 'fulfill any of the conditions under it.'

The 41-year-old actor also expressed displeasure over the false statements and misinformation given by businessman-cum-TikToker Kashif Zameer. 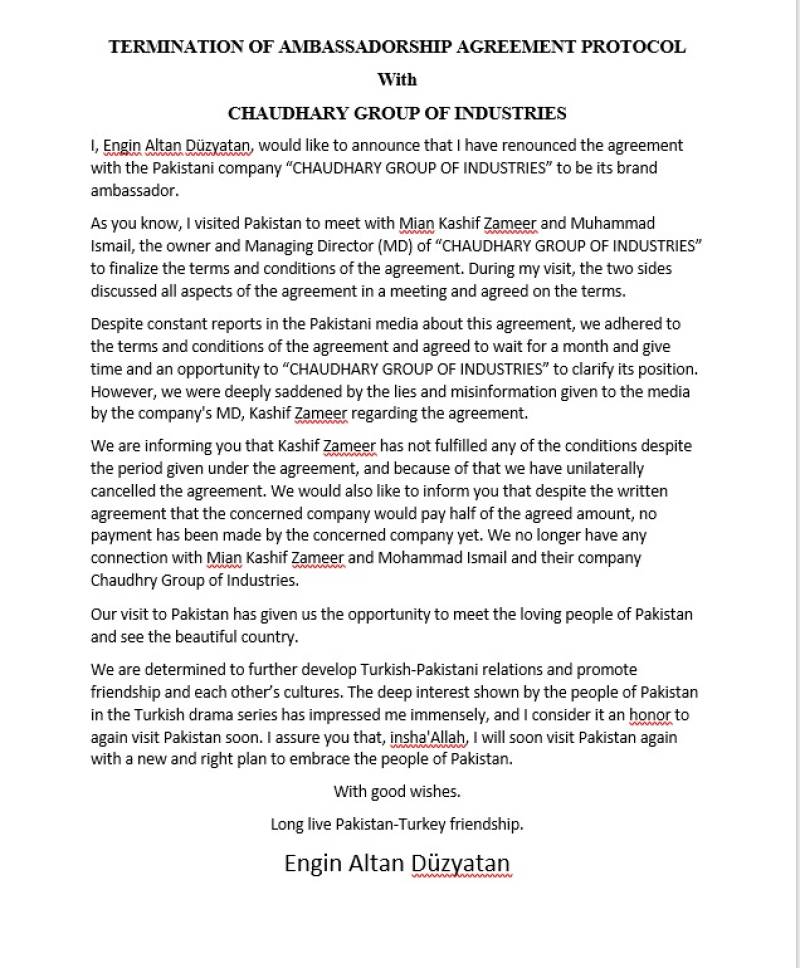 He further revealed that his visit to Pakistan had given him the opportunity to explore, and meet the loving people of the country. He also announced that he will soon visit Pakistan again.

He also showed determination to enhance friendly relations between Turkey and Pakistan.

Earlier, Kashif was held by Lahore police in a raid led by SSP Investigation for hurling threats at a private TV channel reporter, Hammad Aslam. His security guards were also taken into custody.

A day before his arrest, the Sialkot-based businessman said that the million-dollar deal with Mr. Altan was made for advertising his companies’ products, including clothing and glass. Kashif revealed that half of the amount was paid to the actor in advance, and the remaining will be handed over to him after shooting the advertisements of the products.