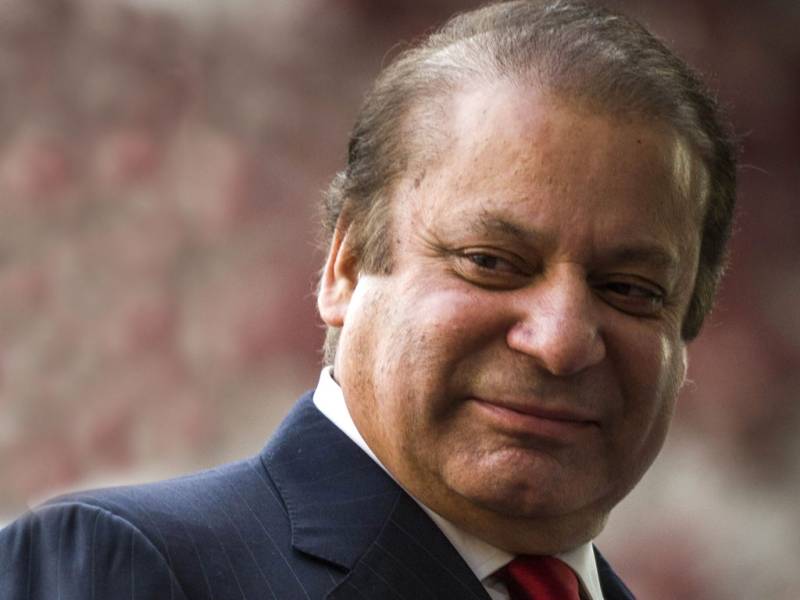 LONDON – Pakistan faces another barrier in the legal process of former premier Nawaz Sharif's extradition as Britain refuses to take action on the basis of the non-bailable arrest warrants served by the Pakistan High Commission in London.

In response to a letter sent to Prime Minister Boris on behalf of a Pakistani constituent, the Foreign, Commonwealth and Development Office said, "we are aware that Nawaz Sharif is currently in Britain. The UK law sets out clearly and publicly what the Government can and cannot do on immigration matters, we act strictly in accordance with the rules on all sides."

It added that the non-bailable arrest warrants which have been served by the Pakistan High Commission in London have no legal bearing on his current status in the UK. The UK police cannot arrest someone in the UK on the basis of non-UK court orders. In this case, Sharif’s status under Pakistani laws is a matter for the Pakistan government and legal system. 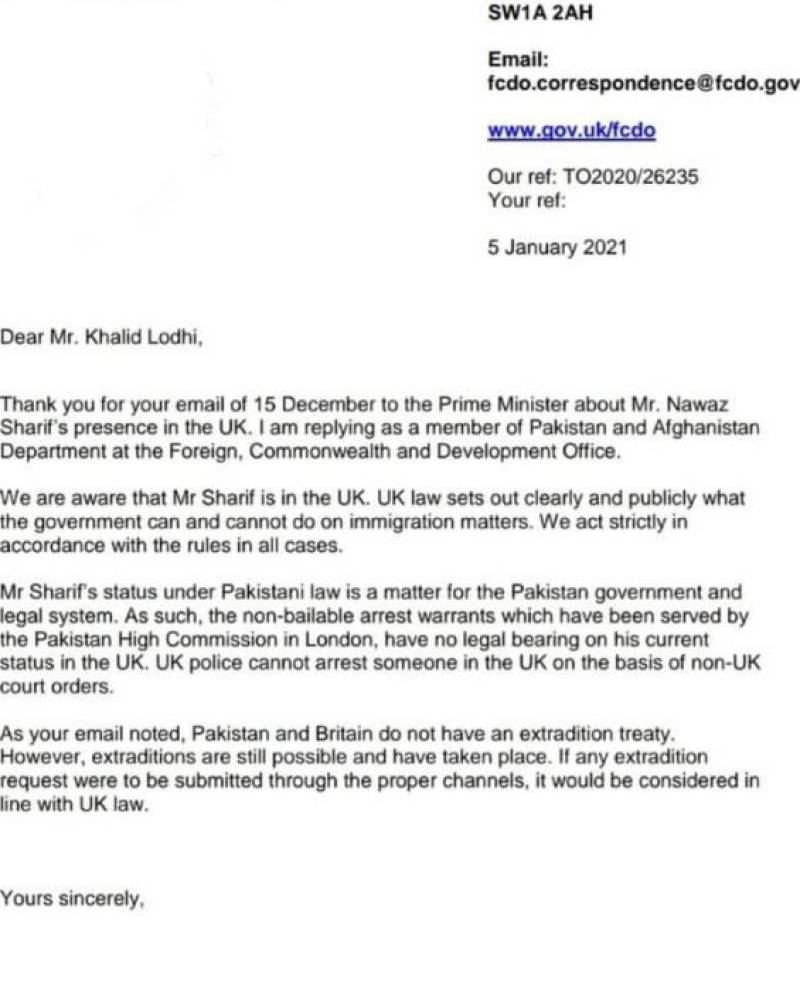 It further added that the countries do not have an extradition treaty. However, extraditions are still possible and have taken place. If an extradition request were to be submitted through the proper channels it would be considered in line with the UK laws.

Prime Minister Boris Johnson’s office had received a letter and forwarded it to the FCO to look into. PM was unable to act in this matter and had no authority and the FCO was the right forum to deal with such matters.

On the other hand, the British MP in his letter had said that Britain was bound to send back Nawaz Sharif.

Sources said Khalid Lodhi also written a letter to British Home Minister Priti Patel, informing that Sharif has been convicted in Pakistan and had absconded, and should be sent back immediately.

It added that the former PM came to London for his medical treatment and has now refused to go back, and the UK government should send him back to Pakistan.