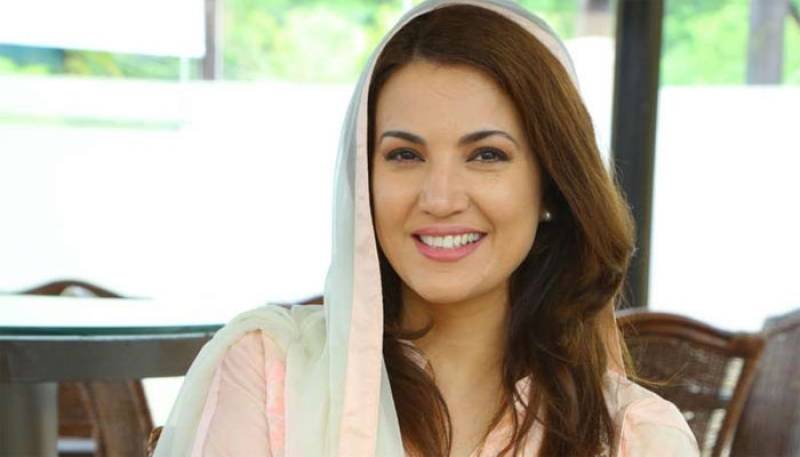 The promised book is out. Its such an open book, it can be called: Reham Khan: The Open Book! Since a book is more than its title, author, and subject, you can call it just, An Open Book.

Those who won’t even open it will know what’s in it. Those who open, won’t put it away for it has more between the lines than in the lines.

It has certain aftertaste. It’ll remain alive in readers’ heads even after they are done.

In the book, Reham tells a meta-love story which is woven by million sub-stories of love, sex, drugs, deception, media, politics, national and international affairs, and what not.

The author heavily draws on deep intelligence too. It has so much in it, you feel this can’t be feat of one person, i.e., eh kale bnde da kum naen!

I love this rich Punjabi expression which blends awe, wonder, doubt and dismissal so succinctly.

I’ve done a few book reviews but never felt so excited yet challenged. I reckon most of you who read this piece have already read the book, so I won’t review contents. I instead reflect its likely impact on forthcoming elections, IK, and his followers.

It validates IK’s love for women. Thus many women who like him but didn’t have his audience yet would admire his capacity and passion for pleasing women at scale, his dexterity in making them feel at home with him, and thus in my view, more women will vote from IK.

It confirms IK’s love for drugs; so I see more drug dealer donating more to him and campaign, and more people who believe drugs are not bad, and never vote either, voting for him too.

Reham reveals he doesn’t discriminate in sex, i.e., no discrimination based on colour, faith, age, and gender either. This will attract a majority of the LGBTQ et al; so more unusual votes for him.

Within that large rainbow range, transgender folks will be especially drawn as they feel assured of being gently attended, cared and getting good jobs. Hence, even more, votes.

The author underscores that he maintains exceptionally intimate relation with party leadership and workers, and keeps in his fold folks of big and small cities alike. This trait will act as a psychosocial gel for PTI; thus no desertions, more loyalty, and even more votes.

One disclosure will touch millions of hearts when men find out how much size matters to him.

This one thing makes him so human, and vulnerable like any man that 80% of men will instantly bond with him. That is, all male float votes, and hence highly likely heavy mandate.

As far book’s impact on author, many say she married him for fame. Many saw she got more fame and sympathy after divorce. After the book – which I’m reluctant to call ‘best seller’ for its available free - the author will reach the peak of her fame.

The thing about peaks is that there is nothing further. It's only climbing down thenceforth.

If you felt intrigued by the review’s title, let me explain. The love story that gave birth to the book had its inception in mosquito bites. It’s the female mosquitoes who bite and do that to nourish their babies. The author apparently failed in reading the signs and deciphering that there would be more feminine bites ahead.

The book doesn’t dilate upon author’s encounters in the famous container during dharna. Maybe its printer’s devil or the editor (her son) clipped that trivia.

Book’s impact on IK and followers is just as much as mosquito bites have on us: We scratch, get some relief, some pleasure and forget it the next day as neither the itch nor the rash is there.

In conclusion, if all that is chronicled in this epoch-making book is even half true, Pakistan under PM Khan will be true Paris – at least vis-à-vis sex, drugs and horse riding.

Hence all progressives, modernity loving diaspora, the inebriated left, and people of the right with heart in the right place may also vote for PTI.