To send a friend request or not to send: Sharmeen Obaid vs The doctor 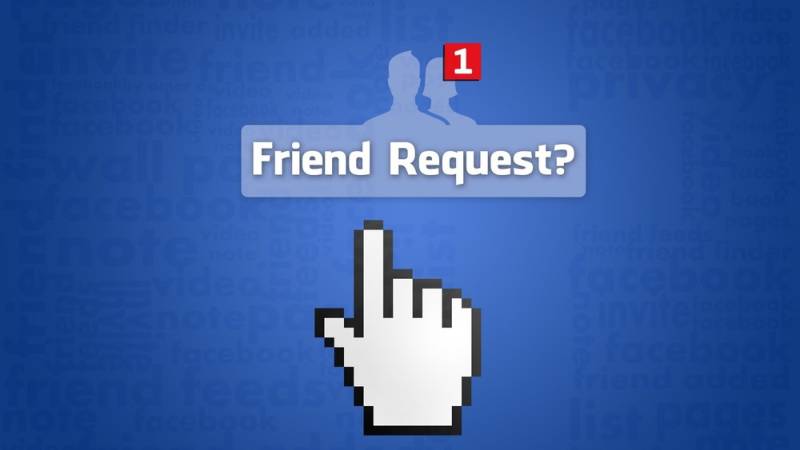 In the last six days, we enjoyed a festival of virtual urban upheaval. Just like the old urban legends, these urban upheavals have a strong cult following, regardless of their veracity. Since much has been said, and a lot more will be said till we find the next crisis or scandal, this piece is not about the episode and who is right and who is wrong - at least I am very clear, and will tell in a bit! This piece is to ask you to take it easy, know your limits, as well as FB settings, and don’t say afterwards that you didn’t intend to harass.

One good news about this crisis is that finally – and thankfully - we have a crisis in Pakistan where the army and politicians are not involved. The crisis is neither state-sponsored, nor there is any foreign hand in it, and any non-state actors are not involved in it either.

My position on this, and for that matter any issue which involves a female, is that if/when she says she is feeling harassed, it’s harassment. Period. No argument and no nit-picking thereafter.

Now we can focus our attention on more important things, like, how can more men (doctors and media persons included) be saved from this collective embarrassment for manhood, and Mother Nature.

A funny thing about a fight is that it blurs the right and the wrong lines and positions. For, after a fight has started, there is nobody right, and nothing right is left in it. There are only two parties in a fight: the wrong, and the more wrong – and both claim to be wronged. I thus feel sorry for SOC and her sister.

There is always a finer nuance in bigger things and crises, and knowing it helps. One of the finer nuances in this upheaval is that the two parties – a silly doctor and the patient lady - are represented, defended, and maligned vicariously. That is, they have not stated anything themselves. Which is not something new, and most of the modern fights are fought indirectly, virtually and wrongly.

Another point, before I come to the point of this feature, it’s very difficult to be a man and a feminist in Pakistan. One has an inherent disadvantage, for any woman any time can excommunicate you saying you are a pretend-feminist. It’s like being a PM of a coalition government where you don’t do much; you just deliver what has been agreed between the coalition partners. So, I’d let my female feminist friends settle the issue among them, and I will then agree to what has been agreed between them. By the way, there is no insinuation to the incumbent PM here; I am thinking of a few Indian PMs.

Feminism and coalition PMs aside, lets come to the point now. Here I share four tips which will save you men from harassing a person you like and want to be friends with.

This advice is the essence of millions of men’s faux pas on FB in the last decade. My advice is based on my own experience and failings as a man, but thankfully I have not been a doctor, most of whom are filled with an exaggerated sense of entitlement. Ethics in the medical profession in Pakistan are quite like the ethical waywardness of our cricketers in the last 20 years; both don’t mind a fixed-shot when they can.

So the point of this piece, how you all men out there can avoid harassing a person you like, and want to be friends with, is simple: Take it easy, wait, be creative about it, and know your FB settings well.

First, never send a friend request on FB without clearly asking; and in case – which is most of the time – the person ignores, immediately go to that person’s profile and cancel the request. In case the person says, “No!”, don’t misread and interpret that she is asking for your cell number. That is a plain and loud no.

Lastly, remember Facebook is a farce book; and your friend request should not appear to the other person without the r in it.