India has committed about 4,000 ceasefire violations since 2013, but why? 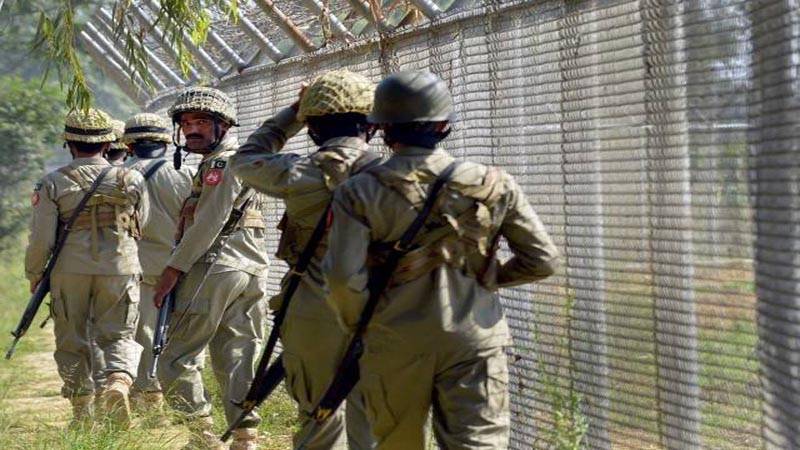 India is virtually at war with Pakistan despite the latter’s continuous peace overtures as it has committed 3,888 Ceasefire Violations (CFVs) since 2003.

The latest figures available about these CFVs tell a horrible tale of violations of international laws about the sovereignty of nations, according to which India committed 1881 violations in 2017 as compared with 2007 violations from the period 2003 till 2016, the total count adding up to 3,888 CFVs.

These verified figures are being regularly shared with Indian authorities in a formal manner through their senior diplomats posted in Islamabad - who are called to the Foreign Office on this account - but unfortunately, Pakistan’s formal protests accompanied with solid data and record, have not been able to dissuade the war-mongers on the other side of the divide, from launching attacks across the LoC (Line of Control) in particular and Working Boundary, on occasions. Nor have the major powers of the world which, time and again, talk about peace, played any significant role in minimizing Ceasefire Violations by India in sheer disregard for the international border rules. Even the martyrdom of innocent people inside Pakistan’s and Azad Jammu and Kashmir territory is being brazenly ignored against the norms of peaceful co-existence and civilized, humane conduct.

According to authentic data, as many as 300 people were martyred at the hands of Indian troops from 2014 onwards, the count of the injured ones touching the 1121 mark. Still, there is no end to CFVs insight which are increasing day by day as can be figured out from the statistics given in these lines. The violations during the last year i.e 2017, numbering 1881 as compared to all the number of violations during the preceding period of 13 to 14 years, show an alarming trend of escalation on the part of India.

This trend spells dangers in terms of international peace especially in a highly volatile Indo-Pak region where Kashmir has been most often described as nuclear flashpoint by the key global players, given the sensitivity of the lingering, unresolved Kashmir dispute that has been a cause of wars and other skirmishes in the past between the two neighbors.

A number of reasons are sometimes assigned to the escalation in Indian aggression. Circles and intelligentsia in the know of things are of the considered opinion, as usually expressed in thought-provoking discussions and even during talk with the media and this scribe, that the rise in Ceasefire Violations by India is in fact, a knee-jerk response of India towards Pakistan’s visible success in the landmark mega project, China Pakistan Economic Corridor (CPEC). CPEC is a project of Chinese President Xi Jinping’s globally acknowledged vision known as Belt and Road Initiative (also known as One Belt, One Road Initiative or OBOR). OBOR has earned appreciation from a large part of the world and more than 60 countries have shown a keen interest in being a part of this mass connectivity project which is recognized as a “win-win” and a “shared prosperity” initiative of China. It is widely accepted that Indian opposition to this large scale development project in Pakistan may be one of the leading causes of a spike in ceasefire violations in recent times.