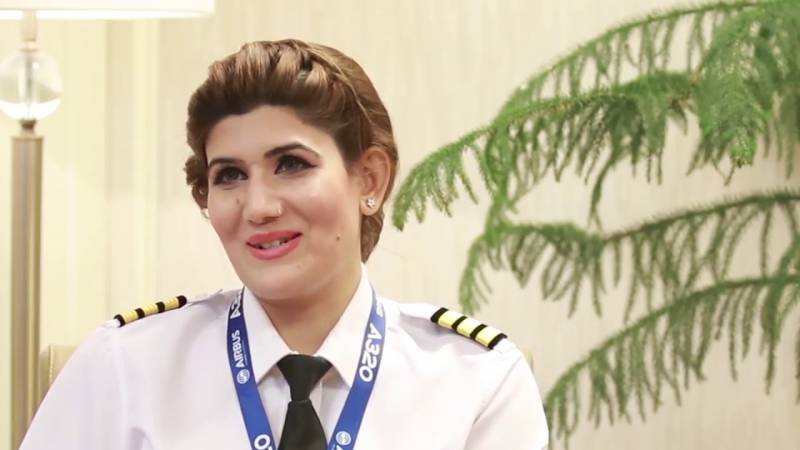 MUZAFFARABAD – Maryam Mujtaba, the first Kashmiri commercial pilot, is a woman who soared beyond the stereotypes that aimed to weigh her down.

The story of Ms. Mujtaba exhibits courage, determination, and strength and is worthy of being known, remembered, and shared.

Mujtaba, a resident of Muzaffarabad, along with her husband called on Azad Jammu and Kashmir President Sardar Masood on Saturday who showered praise on the young flyer on becoming the first female commercial pilot from Kashmir.

President AJK while extending felicitations at Maryam termed her as a role model for all women aiming to achieve excellence in apparently challenging fields of life. ‘You have inspired and encouraged a number of women in the liberated territory to consider aviation as a promising career’, Khan remarked.

Sharing her experience with Masood Khan, Mujtaba added that ‘flying was her dream since childhood and PIA had given her wings to translate it into reality’.

She was born to a family of Kashmiri migrants from Shopian in Indian occupied Kashmir and settled in Muzaffarabad and Rawalpindi. Mujtaba earned her commercial pilot license after undergoing initial aviation training in Pakistan’s twin cities and later in a US-based flight academy.

Let it be known that country’s national flag carrier promoted her as ‘first officer’ on Airbus-320 after she completed the requisite flying hours on domestic routes on an ATR.