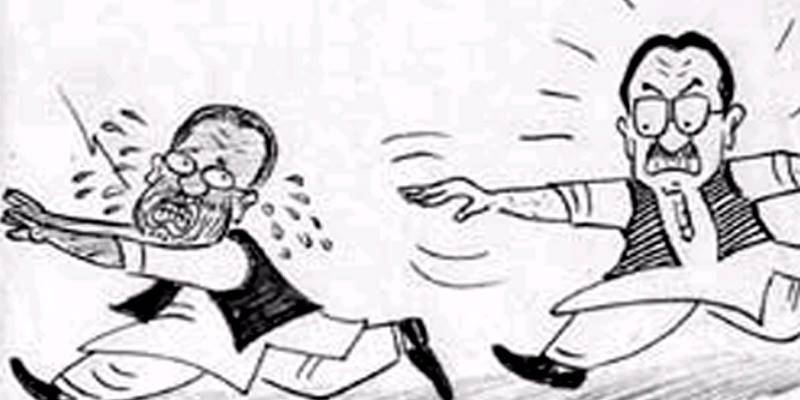 Changing political parties, sides and stances in Pakistan is as expected, regular, and welcome as turning sides during our sleep. They say, when we are sleeping, we are half-dead. Turning sides in our sleep proves we are more than half-alive.

In Pakistani politics, those who do not change sides, or parties, are taken by their own party, as well as by others, half-dead, and fully useless. Therefore, to stay relevant in national politics, keep importance in one’s own party, and augment political and real capital, one must keep political and party options open.

Here I don’t imply India or the US, as neither would like to fall in the trap of ‘mature democracies’. They are happy as the world’s largest and second largest democracies, respectively. For some, size matters more than maturity or civility, you see.

Pakistan is one of the top 5 democracies, but, just like our cricket, we are the most vibrant and delightful of them all. If there ever is Democracy Premier League, we would always make it to the finals.

Just like we have given the game of cricket lots of new things (like reverse swing, googly, match-fixing), we have enriched democracy in equal terms too. The sustained practice of guided democracy, horse-trading at massive scale, dharna and the theory and practice of political rightness. More on this in a bit.

Our political parties are like cricket clubs of small towns, where players change teams as regularly and quickly as freelance feature writers change newspaper, and fired TV anchors change channels.

Being open to ‘change’ that pays in different forms is a central tenant of political rightness.

We don’t bother about political correctness. How could we even call something ‘correct’ if it is culturally not compatible, devoid of social insights, and bereft of political opportunism?

You see how ahead of others, and how deeply pragmatic our politicians are!

As we proved in the beginning of this piece that turning sides in sleep is the symbol of life and alertness, even if some fake experts call it, and obviously wrongly, ‘restlessness’; changing political parties just reinforces that politicians are alert, alive and ready to face the challenge.

The other fact this parallel proves is that we can only change sides during our sleep when there is space on the bed. Similarly, changing political parties can only happen when there are takers and or re-takers.

Mr. Javed Hashmi, whose politics I greatly respect and admire, is the latest one. I can tell you why he has agreed to return to the PML-N, now.

Ever since his stardom to politics in 1971 – when more than half of today’s Pakistan was not even born – he has been a politician of the opposition. Given his bold politics in the last 20 years, he is cut out for the post-judicial coup cornered PML-N.

Now that PML-N is playing a triangular ‘test-match-championship’ with Judiciary and Military, and it has been put into a long inning of fielding, it needed a different combination of fast and swing bowlers.

Who then could have been a better choice than Mr Hashmi who is known for a fierce variety of fast out-swing, sudden-inswings, and short-length deliveries that tend to hit the khakis where it hurts the most!

If you are surprised by this move, you are an Indian, not a Pakistani. Imagine, if Mr Hashmi had not quit PML-N to join PTI, and assuming Ch. Nisar was still overlooked, Mr Hashmi would be the PM today.

Given the farsightedness we can assume from a politician of his stature, it seems, he would become the PM when Nawaz Sharif is disqualified from his fourth term as PM in 2020.

We wish him luck, good innings and the CM-ship of Punjab, if not the incidental PM-ship down the road.