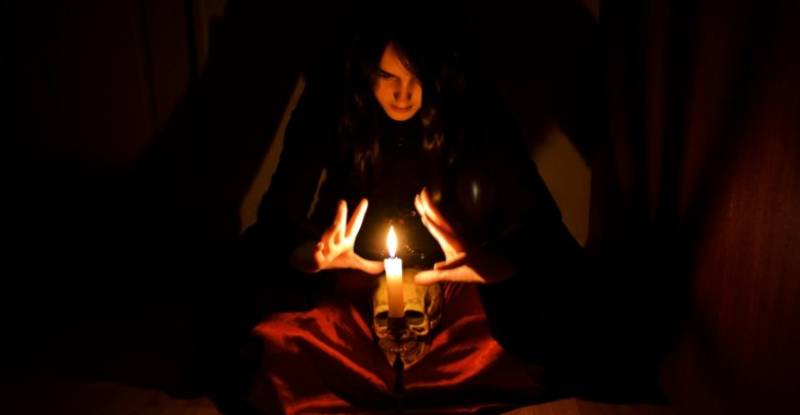 All eyes which are wide open but not willing to see through are gazing in anticipation to see the impact of magic on 2018 elections.

In the previous seven elections where either I voted (1988 to 2008), or the one (2013) I closely watched, there were other characters, actors and catalysts that many believed had impacted the election results and outcome.

Magic is thus new kid on the block in Pakistani politics. There are amazing and magical legends of its role in old India and Indian offsprings, but in the politics of the Islamic Republic; let’s see!

It’s a maiden test for magic; thus time to flex its muscles and show some out-of-the-hat tricks.

Magic has many faces, aspects and names in local parlance, e.g.,jadoo, toona, taveez, dhaga, and often dum-drood are bracketed in it too – though the latter is holier than the former.

I grew up in a small city where my early street learning is owed to a lot of wall-chalking. One which in particular intrigued me was: jadoovoh jo sur charrh k bolle.

Seeing this I used to envision jadoo as a small monkey or big squirrel who climb a person’s head, then sing and dance. But sing more than dance for the associated fluidity of imagination that actively considered the possibility of jadoo’s slipping from the heads that were bald.

A child’s imagination I say is the most amazing and entertaining human activity. As we grow old, we stop imagining and thus stop entertaining ourselves and those around us. Then a day comes then TV replaces our intrinsic abilities to amuse ourselves.

Back to magic. Rationalists dub all these aspects superstitions, but yours truly calls them what they are, substitutions.

Though, telling you honestly, like many other Punjabi Muslims who gravitate to the bigness of all things good and bad, when I look at the first half of the phrase, the super excites and tickles my fantasy. For a moment, I see a great fit between Islam and super. But then noticing‘stition’, which is not even a word, I discard the blasphemous inkling.

If you are having the urge to remind that ‘substition is not a word either’, my answer: it's played on a word, and since it makes some sense; hence it qualifies to be a kid-word, an offspring of superstition, but offering a little less of playful pleasure than the parent-phrase.

Notwithstanding the title, magic has an organic part of our sociology, our folklores, and forms a major part of our hopes. We all practice it on a daily basis even though we believe magic is haram and un-Islamic. But, practising it and giving it a benefit of the doubt has its own kick.

Black magic or in local lingo, kala jadoo, is considered very bad for the target (so very good for the one playing it). However, I am tempted to call our version, the Brown Magic.

Here, a personal safety note: Brown has no correlation with khaki or Pak Army. Armies are the last entities to consider magic a worthy enemy, adversary, or even an informer. Magic has no place in military stratagem; albeit, its heightened display may have a tactical utility.

Now, those of you who think Mme Pinky Khan can invoke magic, and that too which impacts elections, think more. The best magic – if not the only one – she had up her sleeves is already played: convincing IK to marry her, and convincing her ex and her kids to take it easy.

This is the unique and first time in Pakistan that such a marriage, where 2nd Nikah reportedly happened before the first divorce in itself is a magic and a very, very purple-pink magic.

Politics is part fantasy, part magical realism. It thrives on illusion, staged deception, and thus defies logic convincingly. These all are at play already.

The only magic that can work in elections is our going out to vote. All else is a humbug.

So take it easy folks and a round of applause for Mme Pinky for adding new and innovative display of pink brown magic around IK’s electioneering.