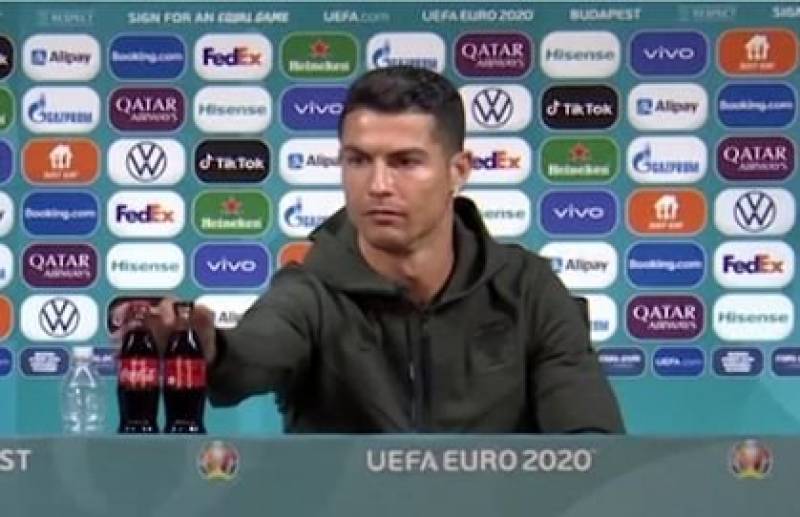 Coca-Cola, a leading beverage company, suffered a loss of $4 billion a day after football legend Cristiano Ronaldo removed the bottles the carbonated soft drinks from his table ahead of a press-conference.

As per a report in The Daily Star, the prices of the company dipped by 1.6 per cent and the its value dropped from $242 billion to $238 billion.

Ronaldo noticed the two bottles of Coca-Cola placed before him on a table for advertisement during a press conference before Portugal's match against Hungary in the ongoing UEFA European Football Championship.

He removed the bottles from the table and waved a bottle of water at the camera, urging people to use water instead of carbonated soft drinks.

The video of the incident went viral on social media in no minutes, serving a major hit to Coca Cola.

Cristiano Ronaldo has become the all-time top goalscorer in the history of the sport after scoring for Juventus in ...