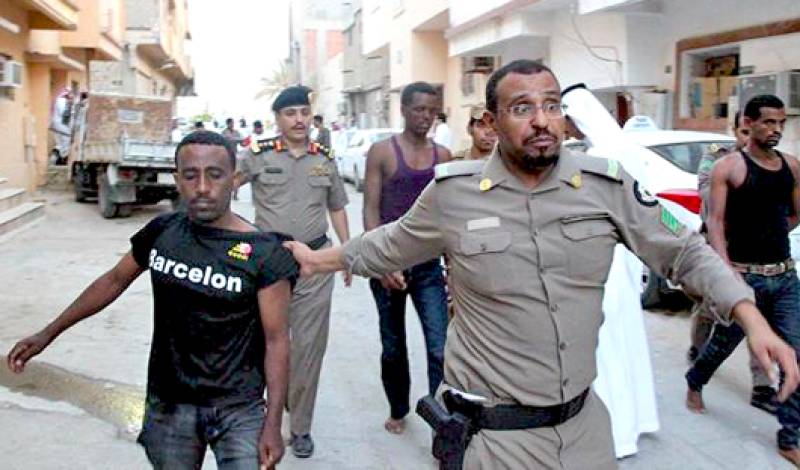 MANAMA: Security authorities in Saudi Arabia said they would reward anyone who reports residency or labour violations involving expatriates.

The reward could reach up to 50,000 Saudi Riyals, Jamaan Bin Ahmad Al Ghamidi, consultant to public security, said at a town hall meeting with officials, tribe leaders, and education and media figures in Al Baha in the south west of the kingdom.

However, Al Ghamidi warned there would be zero tolerance towards anyone who employs or harbours any foreigner staying illegally in the country.

He said that conniving with the violators in any way would be strictly addressed, explaining that their presence in the country was a high security, economic, social and health risk.

"The campaign has been successful in Al Baha where so far, 1,350 foreigners have regularized their situation in a short time," he said, quoted by Saudi daily Al Madina on Tuesday. "Several aspects have been tackled and the campaign has designated 30 companies to employ foreigners in a legal way and for cheaper operation costs. Visas were also issued to help those who could hold positions that are not included in the Saudization programme, such as domestic helpers, farmers, construction workers and shepherds."

The consultant added that all foreigners with legal issues in the country should formalize their situation.

The grace period was announced on March 19 by Crown Prince Mohammad Bin Nayef as part of the “Nation Free of Violators” campaign to help undocumented expatriates regularise their status.

All concerned agencies and departments were instructed by Prince Mohammad, who is also Saudi Arabia’s Interior Minister, to ease the departure of all foreigners who wished to leave within the campaign that started on March 29.

Under the amnesty, any foreigner who was breaking the residency and work laws and regulations could leave the kingdom without paying any fines or be subject to legal action.