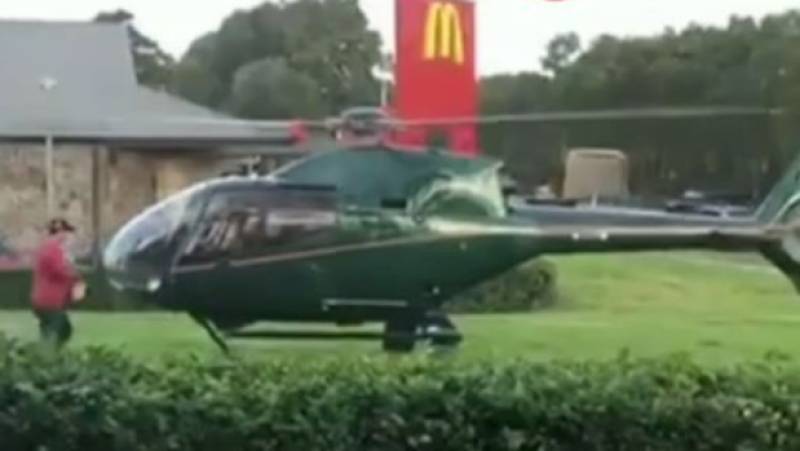 SYDNEY- In a bizarre turn of events, a pilot was caught taking fast food from a McDonald's franchise after landing his prodigious helicopter next to it, with no hanger in place.

The incident happened in Sydney outside the Rouse Hill McDonald's  on Saturday afternoon and the video of the pilot's casualness seems to have gone viral.

The man who was the only passenger kept the engine of his green chopper turned on as he went to grab some fast food. He also took a snap of his vehicle and then took off.

As soon as the citizens raised concerns regarding the safety of citizens, Civil Aviation Safety Authority said that the landing was legal as long as he had permission from the owner of the land, though investigations have been launched.

The pilot who revealed himself as 'Dan' shunned the criticism and said: "Every now and then we do that sort of stuff."