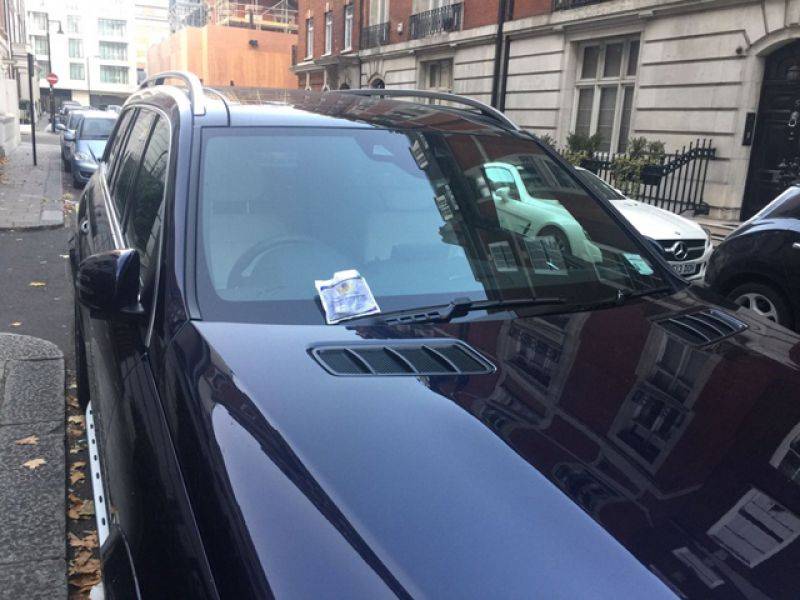 LONDON - Pakistan's former Prime Minister Nawaz Sharif who is awaiting indictment in a corruption reference, seems to be passing through a rough patch both politically and socially as he was issued a challan ticket for parking at a wrong place outside his posh London apartments.

The elder Sharif who is in the British capital to look after his Lymphoma-suffering wife Kulsoom received a challan ticket issued by the Westminister authorities on Sunday as he parked his vehicle at a place not designated for the said purpose.

According to the violation ticket, the former premier has been directed to submit a moderate 65 £ (9110 PKR) and for non-compliance within a period of two weeks, the fine would be doubled, to be paid in 30 days.

Interestingly, Nawaz Sharif was successful in avoiding indictment in Pakistan in the references filed by the National Accountability Bureau but the British authorities seem to be implementing their rules.

The corruption references relating to the offshore assets and businesses of Sharif family were filed by the accountability watchdog in line with the Panama Papers case verdict.