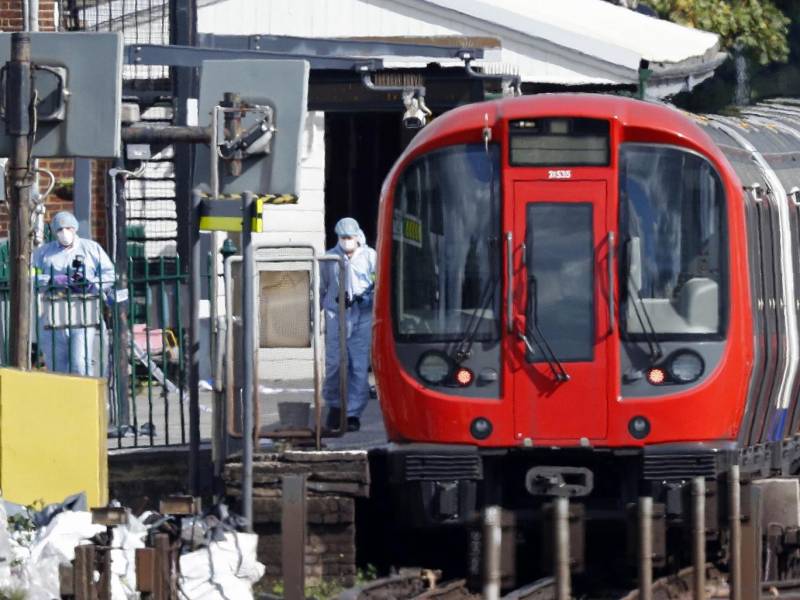 LONDON -  The Islamic State (ISIS) has claimed responsibility for a blast on a train on the London underground network that injured 22 people on Friday, the militant group’s Amaq news agency said.

"A security source to Amaq: The bombing of the IED in the London tube was carried out by a unit affiliated with the Islamic State." said the agency in a statement.

The British authorities have sprung into action to track the plotters behind the explosion that stirred panic among Londoners prompting a raise in threat level to the maximum by Theresa May.

The Prime Minister said military personnel would replace police officers "on guard duties at certain protected sites which are not accessible to the public".

She said: "The public will see more armed police on the transport network and on our streets, providing extra protection.

"This is a proportionate and sensible step which will provide extra reassurance and protection while the investigation progresses."

LONDON - At least 22 people were injured in a bomb blast on a packed London Underground train in west London on ...

Britain's top counter-terrorism officer, Mark Rowley expressed that they were chasing down suspects while taking in stride ISIS' claims.

"It is very routine in these sort of circumstances for IS to claim responsibility, whether or not they have had any previous engagement with the individuals involved," Rowley said.

Parsons Green tube is now fully open. Thank you to @tfl & @metpoliceuk for your hard work to keep our city moving. https://t.co/zRMrLXOf5c