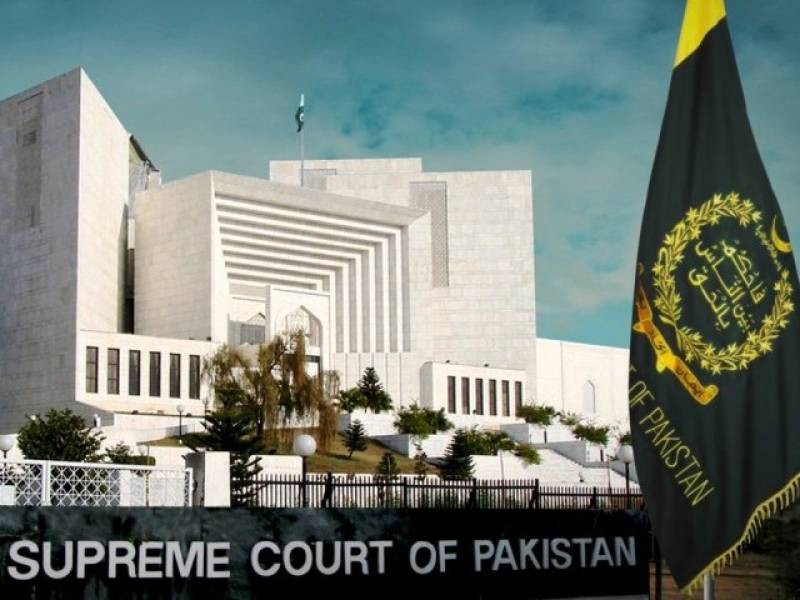 ISLAMABAD - The Supreme Court Wednesday adjourned the hearing of a case regarding an increase in fees by the private educational institutions till Thursday.

During the course of proceedings, Justice Ijaz Ul Ahsan remarked that the Lahore High Court verdict was full of contradictions.

The Chief Justice remarked that finally, the high court declared that the schools could not increase fees as two per cent children would get affected.

He remarked that the government fixes prices of edible items in the holy month of Ramzan.

He observed that if the court legalised the control then the same law would also be implemented on fees of lawyers.

If the court declared the government's control for fixation of edible prices illegal then the prices of these edible items would not be controlled, he added.

The Chief Justice observed that there were a lot of mistakes in the Lahore High Court verdict.

The Chief Justice remarked that the LHC also mentioned Article 10 A in the decision. Article 10 A only be implied for trial and it could not be implied in everywhere, he added.

The Chief Justice remarked that schools could only increase more than five per cent fees at the time of licence renewal.

Makhdoom Ali Khan counsel for private schools said that the prices of gas would be increased by 80 per cent till 2020.

Justice Ijaz Ul Ahsan remarked that the schools could not increase fee by 80 per cent if prices of gas increased.

Makhdoom Ali Khan said that more than five per cent increase should be allowed keeping in mind the inflation rate.

Justice Ijaz Ul Ahsan remarked that the court could not give indefinite powers to schools for an increase in school fee.

If schools wanted to increase more than five per cent fee than they would have to get approval from the regulatory authorities, he added.

He remarked that according to an audit report, the school owners earned high profits.

He observed that private schools were increasing fees on their own since 1986.

Justice Ijaz Ul Ahsan remarked that the government had allowed only five per cent increase in fees.

He observed that who would determine that the schools increased fees according to the law.

Justice Ijaz remarked that according to the law of the Sindh government, the schools could increase fees after three years.

He observed that the matter of fee could be reconsidered at the time of licence validation.

Advocate Makhdoom Ali Khan said that inflation rate was at the highest and asked in these conditions whether it would be corrected to ban schools from an increase in fees.

The Chief Justice responded that at one side inflation rate raised while on the other hand income of parents was not increased.

In these circumstances how the parents could not overburdened, he added.

The counsel for the private schools said that keeping in mind the whole scenario, the court should allow schools for a reasonable increase in fees.

He said that the court was a guardian of basic rights.