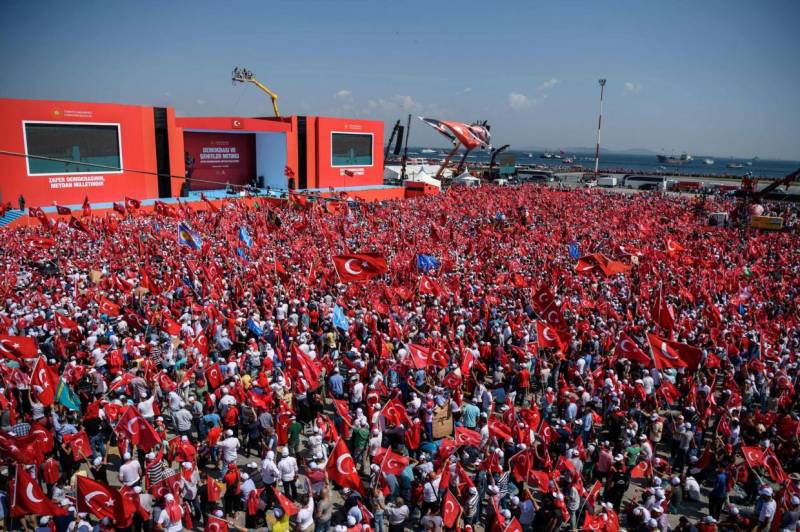 ANKARA (Web Desk) - Turkey will grant early release to some 38,000 prisoners who committed crimes before July 1, Justice Minister Bekir Bozdag has said, to make room for the tens of thousands of detentions made in connection with last month's failed coup attempt.

According to decrees published on Wednesday, the release will not apply to convicts guilty of murder, sexual crimes, "terrorism" or state security crimes, or to the thousands jailed after the July 15 attempted coup.

In a series of messages posted on Twitter on Wednesday, Bozdag said the move was "not an amnesty", and that convicts were not being pardoned but released on parole.

"As a result of this regulation, approximately 38,000 people will be released from closed and open prisons at the first stage."

The government says the attempted coup was carried out by followers of a movement led by US-based Muslim cleric Fethullah Gulen who have infiltrated the military and other state institutions.

Gulen has denied any prior knowledge or involvement in the coup but Turkey is demanding that the United States extradite him.

The Turkish government has launched a massive overhaul ostensibly aimed at Gulen's supporters in the aftermath of the coup attempt.

Some 35,000 people have been held for questioning, and more than 18,000 of them have been formally arrested to face trial, including soldiers, police, judges and journalists, Al Jazeera reported.