UAE-Israel Deal and Options for Pakistan 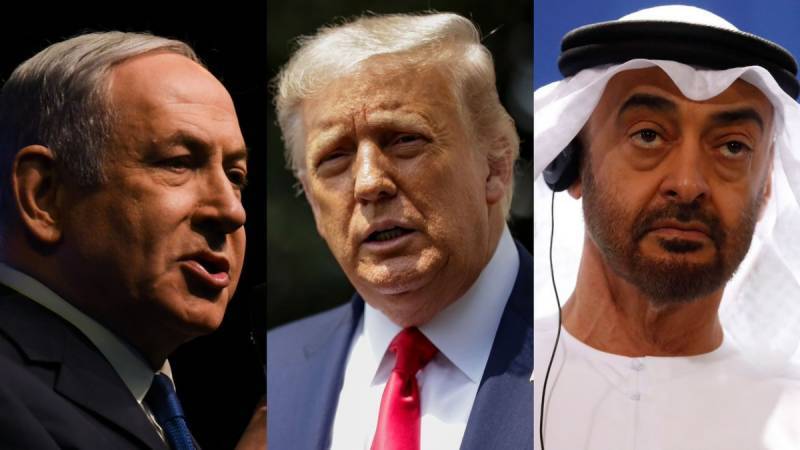 UAE-Israel deal is hailed as a huge development and historic deal by international media which has the potential to cause long term effects. Israel is a developed country having excellence in many fields especially her technological advancement is appreciated in the whole world and despite its strong GDP it still needs legitimization in form of recognition by different countries that are the reason Trump is trying hard to make a level playing field for America’s seasoned ally; to get some point-scoring and again erecting his image of a successful deal maker which can benefit him in upcoming elections.

Whatever Trump’s motive is behind the mediation, the successful deal has many implications in the times to come especially for the people of Palestine. Before the deal a Palestine-led movement of“Boycott, Divestment, and Sanction (BDS)” was practiced against Israel to which every Muslim country was considered as a part, however, now things are turning another way round because earlier Jordan and Egypt recognized Israel and now UAE has acknowledged its existence for getting some national interests to be fulfilled.

However, it has repercussions for Palestine because Netanyahu has said that he has delayed the plan to get the Palestinian land but it’s still on his tables later, he has all intentions to accomplish it. This declaration has not caused any disturbance for Arab leaders because in this century, it can be seen that the kings of Gulf countries are somehow inclined to get an alternative source of earning, other than their traditional resources so that they may compete in the modern world. In this pursuit, they seem to be indulged to such a level that they do not care about traditions, religious duties, or humanitarian grounds.

Previously, Saudi Arabia preferred India for the investment of 100 billion dollars instead of any other country despite its bad record of Human rights in occupied Kashmir. Adding more heat to it, they said that Kashmir is the part of India rather than a disputed territory. UAE endowed Modi with its highest civilian award. Such developments show that in the international arena, only national interest prevails other than emotionality or religious affiliations. If the Arabs are seeing benefits in Israel or any other secular nation nobody can convince them to tread the path of tradition or religion.

The only language which is understandable on the international level is the language of interests and money.

So, the ruling elite of Pakistan need to realize this fact and instead of portraying the beliefs of brotherhood, fraternity and religion there is a need to realize that they have to come out of their ever-present national debt crisis without the help of so-called “Islamic Brethren” by generating their own economic means sufficient enough to meet the needs of the country. So that it may not need to spread hands in front of others to get debt. Only then they will be in the position to propagate any ideology because without a strong economy all such beliefs are being perceived as hollow slogans.

Pakistan can never support UAE because it cannot propagate two set of ideologies for one similar kind of issue. If we talk about the rights of Kashmiri people how can we withdraw from the demand of rights of the people of Palestine?

Nor our people will let our government to do so. From the decades’ indoctrination people have learned that the problem of Palestine is their problem from a wider lens of the Muslim ummah.

So, the government is neither in a position to normalise its relations with Israel nor it is desired because it is trapped in its own mantra of the Muslim ummah and rights of Palestinians. No political government is in the position to bear the backlash of the people even when they’ll even think about such development of relations. However, still political elite need to come out of their delusion that they can influence the international relations on the basis of religion or ideology because it has become a weaker influencer in Foreign Policy in current circumstances, nor they can make the King happy with driving a car by the PM. International politics is not that populist even if Imran Khan wants to show his friendly and brotherly behavior however, the leaders need business partnerships which could help them in getting out of their dependence on oil and help them in completing the world which we don’t have. These are our leaders who are not careful and vigilant about the future of the coming generations.

Whatever kind of criticism we do about the decision of the UAE or Saudi Arabia, they are setting the directions right for their coming generations because it’s an era of technology and Israel has world’s best technology and in this modern world, they need strong economic ties and security rather than a hollow relationship which has nothing to offer.

Pakistan need to understand this fact and become economically independent so that it can attract brethren Islamic countries by fulfilling their needs.