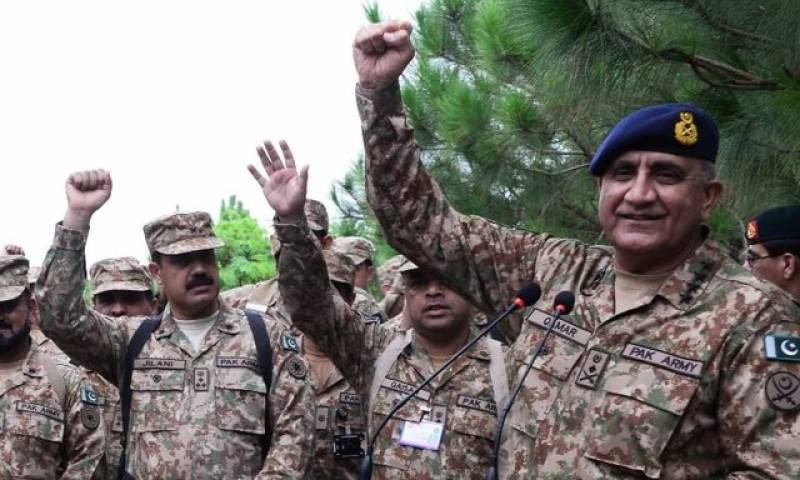 RAWALPINDI - Chief of Army Staff (COAS) Gen Qamar Javed Bajwa will take the Senate's Committee of the Whole House into confidence on the matters pertaining to national security, a notification issued by the Senate Secretariat said on Sunday.

Gen Bajwa will brief the entire house - acting as a committee - in-camera at 10am on December 19 on "the emerging national security paradigm for Pakistan with respect to recent visits/developments".

The committee was constituted on the motion "to prepare policy guidelines in the light of emerging regional realities and the role of United States".

Relations between Pakistan and the United States have suffered over the past few months, after US President Donald Trump, in a fiery speech back in August, accused Pakistan of offering a ‘safe haven’ to terrorists as he announced a revised policy towards the Afghan war.

US Secretary of State Rex Tillerson recently said he does not enjoy the task of dealing with countries like Pakistan and North Korea. He also said that relations with Pakistan, which he termed an important and valued partner, had drifted and had to be brought back to one of common interest.

Tillerson had visited Pakistan in October and held meetings with the country’s top political and military leadership.

Moreover, earlier on Friday, expressing concerns over the terms of reference (ToRs) of the Saudi-led Islamic Military Counter Terrorism Coalition (IMCTC) being kept secret, Pakistani senators had demanded that parliament be apprised of the particulars of the military alliance.

They had also asked about Gen Bajwa's visit to Iran.