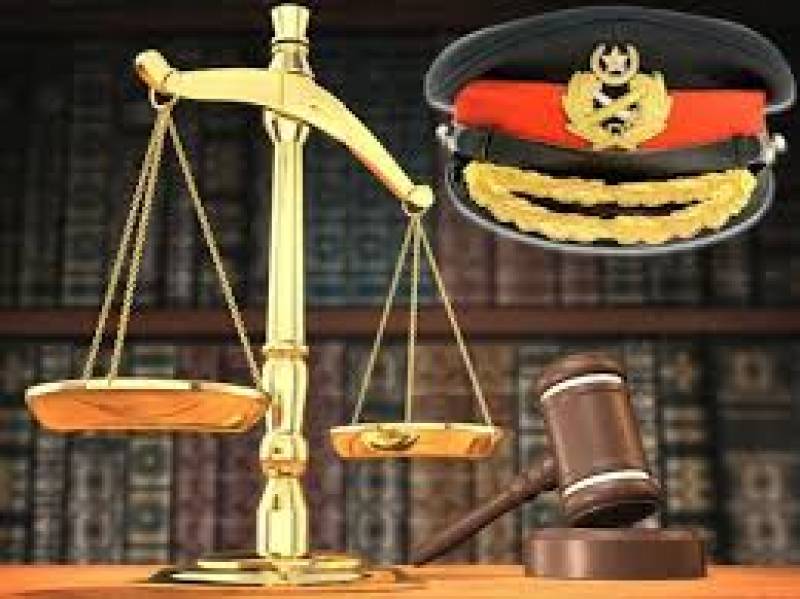 ISLAMABAD - The PML-N led federal government has sought a three-year extension in the term of military courts, in a bid to get rid of the scourge of terrorism.

According to details, the government has constituted a draft to execute legal amendments aimed at extending the tenure of military courts.

A meeting of parliamentary leaders was convened by the government in which it distributed the copy of draft among the attendees.

The copy as obtained by Dawn News suggests that according to the new definition of ‘terrorist’ now anyone can be termed a terrorist regardless of whether he was motivated by religion or not.

Commenting on the probable extension, Pakistan People’s Party Leader Naveed Qamar said they have not supported the extension of military courts yet.

Pakistan Tehreek-i-Insaf leader Shah Mehmood Qureshi also addressed a press briefing and inquired, 'What surety is there that situation will get better if military courts are granted extension?'

He went on and detailed that the meeting was briefed on the implementation of National Action Plan (NAP) by National Security Adviser Nasir Janjua.

Shah Mehmood Qureshi expressed that the government wanted to pass the bill immediately but  he added that doing anything in haste would not do any good.

'Ishaq Dar believes that if parliamentary leaders unanimously agree, then there will be no need of calling any APC with the premier in chair,' said Qureshi.

Parliamentary leaders are also deliberating over calling an all parties conference under the chair of prime minister Nawaz Sharif to settle the matter.

It is relevant to mention that following a recent spree of terror, social media buffs and analysts are stressing the need for extension in military courts which ceased to function earlier this year.

As many as 100 people were killed during the last five years as multiple cities including Lahore, Mohmand agency and Sehwan Sharif were targeted.

The Sehwan blast on Thursday left 80 people dead while injuring 250 others.

The military courts had been established through constitutional amendment following the attack on Army Public School in Peshawar in December 2014.

“Special constitutional arrangements were made to effectively check the terrorists and terrorism,” ISPR said in a statement.

“Routine judicial system was under stress wherein judicial set ups and judges were also subjected to act of terrorism,” the statement read while justifying the establishment of the said courts.

“During the period of its validity, 274 cases were referred to military courts. Of these 161 were awarded death penalty (12 executed) and 113 were awarded imprisonment of varying duration,” it added.